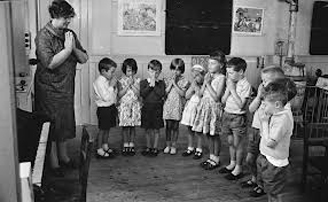 The Wisconsin-based Freedom From Religion Foundation (FFRF) has targeted the Alabama Public Service Commission for its practice of having prayers before public meetings. Other groups in the state have also been the target of complaints by the anti-Christian group.

In July, the FFRF sent a letter to Alabama Public Service Commission (PRC) President Twinkle Andress Cavanaugh demanding that the PSC end public prayers before their meetings. FFRF Staff Attorney Andrew Seidel wrote to PSC President Cavanaugh:”Government prayers exclude a significant portion of Americans from the democratic process, are of dubious legality, and are a repudiation of our secular history.””Calling upon Commission members and citizens to pray is coercive and beyond the authority of any government. The government should not perform religious rituals or exhort citizens, regardless of their beliefs, to participate in, or show deference to, a religious ritual.”

In response the Speaker of the House Mike Hubbard (R) from Auburn wrote on Facebook, “I’m proud to stand with other Alabama conservative leaders like PSC President Twinkle Cavanaugh and Attorney General Luther Strange in the effort to protect this practice.”

Alabama Attorney General Luther Strange (R) joined 22 other attorneys general in filing an amicus brief asking the U.S. Supreme Court in the case of ‘Town of Greece, NY versus Galloway’ to overturn a lower court’s ruling that legislative prayer at the beginning of a government assembly violates the Establishment Clause.

In a written statement AG Strange wrote, “Alabama, like the rest of the nation, has a long history of opening legislative sessions with prayer. I am proud to join this brief urging the Supreme Court to continue to protect this important tradition.”

Strange argues in his statement that thirty years ago, in Marsh v. Chambers,the Supreme Court set a legal precedent by upheld the practice of opening legislative sessions with prayer. The Court noted than that legislative prayer is “part of the fabric of our society,” with an “unambiguous and unbroken history” dating back to the First Congress. Strange is asking the Court to reaffirm that ruling as established law and to finally clarify that the Constitution does not require state and local governments to screen the prayers for sectarian references.

In a written statement addressing other FFRF complaints, specifically against the Cullman schools and Troy State University, the Montgomery based Foundation for Moral Law wrote, “Alabama will not tolerate being bullied or pushed around when it comes to defending their rights under the Constitution. Our state motto says it best, We Dare Defend Our Rights.”

Meanwhile anti-Christian activists have bombarded Alabama officials with complaints about the prayers. Rick Resing wrote on PSC President Cavanaugh’s Facebook page, “It doesn’t matter what the Bible says. The issue is very simple: Government has no role in endorsing any religion…and they had no business bringing in someone from the Christian faith to pray. It is a clear violation of the 1st amendment of The Constitution. If you want to have a moment of silence…fine. But keep religion out of government. That should be practiced in your home and place of worship. Enough of the grand-standing.”