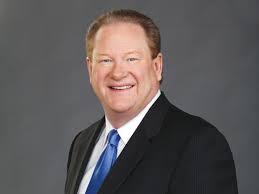 MONTGOMERY–On Friday, people from across Alabama will come together for an up-close and personal opportunity with two nationally-known political figures.

The Alabama GOP will host Governor Scott Walker (R-Wisconsin) as the keynote speaker at their $150-per-plate summer dinner at the Renaissance Hotel in Montgomery.

ALGOP Chairman Bill Armistead alluded to Walker’s unofficial-but-widely-suspected bid for President in 2016, saying that he and his wife are “not ashamed” to be “strong conservative Christians with ‘Alabama Values.’”

In 2010, Walker’s anti-union legislation lead to a massive recall election and weeks of protesting in the Wisconsin capitol building. Walker won the recall election to keep his seat as Governor.

While the Republicans will be in Montgomery with Walker, others will be organizing in Birmingham to support an increase to the federal minimum wage.

Ed Shultz, the host of the Ed Shultz Show on MSNBC, will be hosting a radio town hall “Life in a Red State” from Birmingham on Friday. Shultz followed the Wisconsin recall elections very closely and devotes a large portion of his news segments to a discussion about fair working conditions.

The rally will focus “on the economic and social impact of red-state policies in the Deep South on jobs, education and health care,” according to an AFL-CIO newsletter.

Organizations like the Alabama AFL-CIO, United Steelworkers, Planned Parenthood, Alabama Coalition for Immigrant Justice, Greater Birmingham Ministries, American Federation of Teachers and United Mine Workers of America will come together to show their support for living wages, health care and education.

The AFL-CIO email calls for a strong showing to offer a balance to the Scott Walker Fundraiser and the Heritage Foundation’s meeting in Birmingham at the same time to discuss ways to defund the Affordable Care Act.

Shultz’s radio town hall will air on Sirius XM’s Progress 127 at 7:00. The rally will immediately precede the town hall at Linn Park at 4:30.