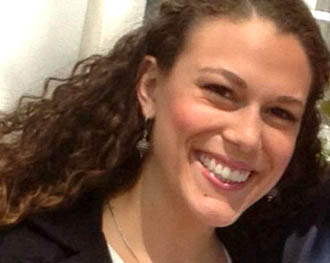 MONTGOMERY–Over the past few months, leadership of the Alabama Republican Party is struggling to control the party message, money and districts.

First, Stephanie Petelos, the Chair of the College Republican Federation of Alabama, was reprimanded by ALGOP Chairman Bill Armistead after speaking out in support of equal marriage. Petelos made several public statements on the issue, which angered party leadership.

Her actions brought about a proposed by-laws change that would remove anyone from the ALGOP steering committee who expressed views contrary to those of the Republican National Committee.

Despite the views of party leadership, other young Republican leaders are supporting Petelos, including the President of the Young Republican Federation of Alabama, Clayton Turner. Turner called the proposed changes “a divisive overreach that restrict the ability of all Republicans to engage in the ongoing activities of the Alabama Republican Party.” The Young Republicans voted unanimously to express their opposition to the bylaws change.

According to Petelos’s interview with BuzzFeed, she reached an agreement with the party leadership. “If I didn’t talk to any more press, or post on facebook, or use any of my influence to talk about gay marriage, then they would not try to continue removing me from the steering committee,” she said.

The Petelos story hasn’t even had time to play out completely before another example of Republicans “strong-arming” their party members.

Mary Scott Hunter, a member of the Alabama Department of Education executive board representing North Alabama, was censured for “dereliction of duty” after failing to repeal Common Core standards.

Hunter was called out by name in the resolution aimed to “condemn the actions of the Alabama Legislature and State School Board Member Mary Scott Hunter for their dereliction of duty in failing to remove the Common Core standards from the State of Alabama.”

These two instances are small examples of the Republican party leadership’s attempts to control the message and maintain order in the party. While they struggle to refocus the message, the ALGOP leadership must keep a strong hold on the money and the voters to ensure loyalty from Republicans.

Senate Pro Tem Del Marsh (R-Anniston) and Speaker of the House Mike Hubbard (R-Auburn) have essentially told rank-and-file members to “stay out of Montgomery” when they begin campaign fundraising. Marsh and Hubbard will handle the big donors; legislators should focus on local donors.

Hubbard bragged to the Young Republicans that he has over $10 million in his PACs to protect “real Republicans” from impostors in the 2014 primaries.

While the campaign finance disclosure reports don’t validate that claim, it’s leading many Republicans to wonder why the party leadership is maintaining such tight control over the pursestrings and whether or not that will affect who is able to be on the ballot in 2014.

Hubbard has already vowed to protect the incumbent Republicans who have been loyal to him. The Madison County Democratic Executive Committee has a history of doing the same thing: last year, they refused to allow democratic Senator Tom Butler to run as a Republican and in 2010, they issued a resolution encouraging voters not to support Parker Griffith.

The theme here is the same. “If you aren’t 100 percent with us, you’re against us” is the new Republican message in Alabama. Join the ranks or lose out on financial support and an easy primary.

Mary Scott Hunter seemed to easily address the issue. “We have in the Republican party a group who wants to broaden the message, broaden the appeal, attract more people to the party, and then we have a faction who wants to narrow the party considerably,” Hunter said.

Whether the control is over the party message and platform, over the fundraising or over the candidates on the ballot, it is clear that there are key players who are trying to keep the power narrowly limited.