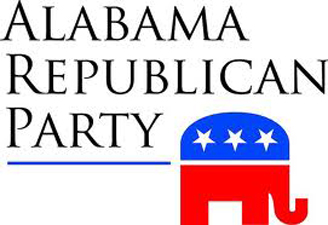 On Saturday, Alabama Republicans will decide, among other issues, whether to give the party steering committee unprecedented powers to remove steering committee members that publicly stray from the party platform. The closing hours before the awaited Summer meeting showdown have been filled with last minute appeals by opponents in press releases, facebook posts, and twitter statements.

West Alabama Young Republican Chairman Matt Jenkins responded to Jones’s proposal on Facebook: “Heath Jones proposal is ludicrous. Our State Committee has no right to tell the Young Republicans, Republican Woman, the Minority GOP or the College Republicans who their leader is going to be. It should be up …to those groups to elect who they want to represent their organization. If this amendment is brought up at the State Convention this weekend, I urge my friends on the State Committee to cast a vote of no.”

The Publicity Chair of the Alabama Federation of Young Republicans, Haley Lucido, said on facebook, “Why is this getting so out of control. I’m appalled that Heath Jones even suggested that our representation is a “privilege.” Our representation is necessary so the party doesn’t lose touch with reality.”

On Wednesday the authors of the so-called “loyalty oath” clause, Bonnie Sachs and Don Wallace, admitted in a statement yesterday that it was public statements by Alabama Federation of College Republican Chair Stephanie Petelos supporting efforts to legalize homosexual marriage that led to them writing their controversial by-law change.

1“As someone who has been married for nearly 20 years I believe in traditional marriage between a man and a woman. However, the recently introduced resolution before the Alabama Republican Executive Committee to remove someone from the State Steering Committee who does not agree my view and that of the Party Platform is plain wrong. I served on the National Republican Platform Committee in 2012 and take great pride in the work we did, but I do not think our Party establishment should seek to stifle the voices of dissent in our ranks. This past legislative session our Republican majority worked hard to defend the 2nd Amendment against government intrusion. I hope that we will be equally as passionate about protecting the 1st Amendment as well. Free speech is one of the most sacred rights we as Americans have and we need to lead by example in protecting that right just as we have Dared to Defend Our Rights while in the majority. I hope that our Party sees the need to reject this resolution and welcome the views of all of our Party members and not just a select few.”

On Wednesday Sachs and Wallace offered to amend their proposal to have it apply only to abortion and same sex marriage.

Alabama political consultant Stephen Gordon said on Facebook, “I don’t see same-sex marriage is the key issue or even a secondary one in this case. It’s about silencing dissent. And as a secondary issue, one of the proposed compromises will effectively disenfranchise all of the young people folks like you and me (and scores of other people, too many to name here) have worked so hard to get active and involved.”

Former Jefferson County Jurist Brian Huff said on Facebook, “I will say it again, Stephanie Petelos is one of the most courageous young political minds in the state. I hope to cast a vote for her sometime soon…maybe for Party Chair.”

Both sides are counting votes and marshaling their supporters as Saturday’s vote approaches.