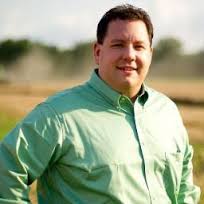 Barbee said in a written statement, “I am truly honored that each of you are here to share this moment with me and my family. After much consideration I have made the decision to run for Public Service Commissioner. Together, we must join forces to fight the Washington, DC liberal environmentalists before they regulate us into outrageous utility rates.”

Barbee was the main sponsor of the event which had nearly 300 guests in attendance. “The Summer Dinner After Party,” featured the Wayne Mills Band and singer Adley Stump, who was once a runner-up on NBC’s “The Voice.” The event was so crowded that an overflow room was needed for additional guests.

Hannah Steffy said, “The music was great, but I didn’t come just for that. I came to show support for Barbee because I believe we finally have someone who we can trust to stand up for Alabama. I can’t imagine how much our power or gas bills could be if Obama gets his way.”

Barbee said, “Democrats are good at manipulating facts with their propaganda, which means we as Republicans must be better at stating the facts and creating trust with our citizens. I have a proven track record at doing just that. I will fight to protect Alabama consumers from rising utility costs and defend Alabama jobs.”

The Republican Primary is in June of 2014, but this is already shaping up to be one of the most contested races in the Republican Primary. Alabama Minority GOP Chairman Phillip Brown has also announced his intent to challenge Republican incumbent Terry Dunn for Place 2 on the Alabama Public Service Commission.