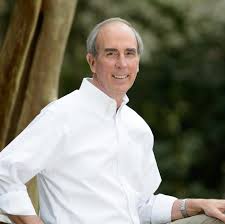 Stimpson must prioritize his agenda and resolve staffing issues before taking office.

Stimson has said that it should be a “seemless transition” and that he plans to remove the door to the mayor’s office on his first day.

He also plans to make developing the AirBus project a top concern of his administration. Jones and other Mobile city and county officials had been meeting with Airbus and suppliers and improving infrastructure around the site to ensure the $600 million facility is full equipped for success.

While Airbus is confident that they will work well with the new administration, several employees from Jones’s staff have announced they will retire prior to Stimpson taking office in November.

Al Stokes, Jones’s chief of staff and chief of staff to former Mayor Mike Dow, has said that he plans to pursue other options that do not include a position with the Stimpson administration.

Michael Williams, Mobile police chief, has also announced that he will retire within 60 days.

“When it comes to the police chief, I obviously feel confident that the assistant chiefs can carry on (the department’s leadership) until some determination is made to what will happen,” Stimpson said. “I know we’ll have to conduct a search. We have some time to plan for that.”

Stimpson said that he is working to put together a transition team to facilitate the changeover, which will likely include Paul Wesch, a member of the Citizen’s Budget and Finance Advisory Committee. He is looking forward to meeting with Jones to discuss the transition and the impending budget, which is due September 30.

Meanwhile, other mayoral appointees are unsure what to expect. City Attorney Larry Wettermark has said that he will do whatever he can to help Stimpson, but that he serves at the pleasure of the Mayor.

It is not uncommon for new administrations to bring in their own staff and appointees in transitions like this one.

Stimpson will be sworn in and take office on November 4, 2013.

New round of state appointments from Gov. Ivey