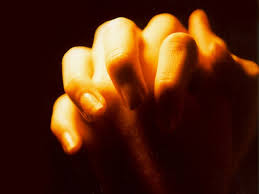 MONTGOMERY – Kayla Moore, President of the Montgomery-based Foundation for Moral Law, expressed her organization’s support for the Chairman of the Madison County, AL Commission’s custom of opening Commission meetings with prayer. She urged the Commission to stand firm against the demand by the Freedom from Religion Foundation that the prayers cease.

Mrs. Moore expressed surprise that the Freedom from Religion Foundation would make such a demand at a time when the Supreme Court is considering the constitutionality of such prayers in the case of Town of Greece v. Galloway. She noted that opening the meetings of deliberative bodies with prayer has been an American tradition from colonial days, that colonial legislatures and the Continental Congress opened their meetings with prayer, that the same Congress that approved the First Amendment in 1789 also established congressional chaplains, and that the U.S. Supreme Court upheld prayer in the Nebraska legislature in 1983.

She also said the Freedom from Religion Foundation makes a practice of sending threatening letters to all sorts of governmental bodies, demanding that they cease practices that the FFRF considers an establishment of religion. She assured the Madison County Commission that if the FFRF does file suit, the Foundation for Moral Law will be pleased to assist in the Commission’s defense. She concluded, “If the FFRF wants a fight, let it begin here.”

“The state of Alabama will not allow such an authoritarian power grab to go unchecked," Attorney General Steve Marshall said.