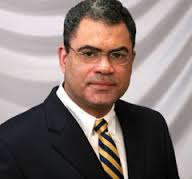 MOBILE— Burton R. LeFlore is a candidate for Congress. Currently he is running for the U. S. District 01 Seat in Alabama. U.S. District 01 includes Mobile, Baldwin, Escambia, Washington, Clarke and Monroe counties. Since 1965, Alabama’s US District 01 has been held by Republicans. LeFlore intends to be the first Democratic candidate elected to that Congressional seat in almost 50 years.

LeFlore was born and raised in Mobile, Alabama. His family came to Mobile around the turn of the 19th century and they have been a part of establishing LeFlore’s deep roots and rich heritage in Mobile. LeFlore attended St. Paul’s Episcopal School and graduated high school at John L. LeFlore High School. He earned his Bachelor’s Degree at the University of South Alabama and later completed his law degree at the Florida State University College of Law in Tallahassee, Florida.

LeFlore said he started to develop an interest in state and federal law making while a student at Florida State Law School. While living in Tallahassee, I started to follow the Florida Legislature. It became apparent to me that state and federal lawmakers implemented policies and affected the quality of life of the citizens of our country.

“I also realized that each lawmaker brought to the table their own individual personalities, experiences and beliefs which played a primary role in their decision making,” he said.

According to LeFlore, Mobile, Baldwin, Escambia, Washington, Clarke and Monroe counties are about to experience unparalleled growth. Although the area has been on the International forefront for years, our district is about to be officially on the map.

There are some major industries located here and there are more to come. Jobs are on the radar for District 01 and we need to work to bring about those jobs, said LeFlore.

“Our educational system is failing and we need to do whatever we can to make our children’s education the best, because our children are our future,” LeFlore said.

“As a father of five, I am concerned about my children’s future and the future of all of the youth of this district and across the country,” he said. “I want to see all young people have access to a quality education and to outstanding athletic programs in their school and in their communities,” LeFlore said.

LeFlore is also committed to conserving our natural resources. He said, “Alabama has a wealth of natural resources like farmland, forestland, lakes, rivers, the Mobile Bay and the Gulf of Mexico. This makes it imperative that we take every step to conserve our environment. However, he said, we need to do everything we can to bring the jobs, businesses and economic opportunity here,” said LeFlore.

According to LeFlore, one of the things that motivated him to run for Congress is the fact Congressman Jo Bonner resigned and there is now an open seat. A special election is about to be held with a Primary on September 24th.

He said after having just lost an election in a legislative race the opportunity to run for this Congressional seat availed itself. LeFlore said all I wanted to do was to win the legislative position; however, then former Congressman Bonner announced he was resigning and I decided to run for Congress.

Furthermore, LeFlore said he realizes that our country is in a crisis. Our local and national economy is shot to the rim. The real estate market has gone belly up with many people in foreclosure or wanting to sell property they are unable to liquidate. There are thousands of homeless people in this area and across America.

Hundreds of people are without homeowners insurance or paying ridiculous insurance rates due to natural disasters like Hurricane Ivan and Hurricane Katrina which our federal government still has not properly addressed with the citizens of Alabama, Louisiana, Mississippi and Florida.

According to LeFlore, financial institutions are reluctant to make loans. There are thousands of people in this district and across the country who are unemployed. The education our children are receiving is substandard. Our country and our community is in a major recession and it seems that most of the policies and bills being proposed and enacted by Congress are only driving the country further into a recession instead of into some form of economic recovery.

“However, with a lot of the things going on in this area, we may start to see some daylight in Mobile, Baldwin, Clarke, Washington and Escambia Counties. This region could potentially see ourselves bouncing back from this poor economy and pulling ourselves out of this recession a little quicker than the rest of the country,” said LeFlore.

With the arrival of Airbus and the already existing Mobile Aerospace this state and community needs to obtain adequate funding to assist in what I have termed the Brookely Field Project.

According to LeFlore, we need to make major improvements to Brookley Field to accommodate Airbus and Mobile Aerospace and all of the subsidiary businesses that will follow.

Conservative Republicans always want to talk about that old George Wallace “Good old conservative Alabama values.” He said, “we all know what that means,”

“I would like to propose a new hypothesis for you. Let’s work to promote and represent a NEW SOUTH ALABAMA and good NEW SOUTHERN ALABAMA VALUES,” LeFlore said. “It’s time we start to work collectively for a unified NEW SOUTH ALABAMA.”

“People of Southern Alabama are spoiled because we have a great climate and a great community in which to live. With the proposed major growth in our economy and in our potential job market, we have to be ready for that change and ready to face the challenges that prosperity and economic opportunity will bring,” said LeFlore.

“Although economic growth and jobs are coming our way, we have to work to protect our environment and natural resources,” LeFlore said.

“Mobilian’s are going to have to get beyond their complacent crab in the bucket attitudes and realize the opportunities and jobs are developing and they are going to continue to materialize, he said. It’s time to wake up and seize the moment and get in where you fit in and not let these opportunities pass you by,” said LeFlore.

“It’s time to make sure there are adequate training programs for citizens to obtain the necessary training and preparation to apply for these jobs and be competitive potential employees in the marketplace,” according to LeFlore.

Voters should pledge their support for LeFlore because he will work tirelessly to insure economic growth and development in Alabama. He will implement policies that will protect and preserve our natural resources. LeFlore will work to improve our educational system. He will zealously protect and represent the people of this district in Congress and do what is in the best interest for this region of the country.

LeFlore said he will pledge to always ask himself with regard to every Congressional bill, how is this going to affect the people of my district?

He said, “At the end of the day everybody just wants to have a good job, a nice home, economic security, educational opportunities and athletic programs for our children and for ourselves. We want clean air to breathe and clean water to drink. Residents of South Alabama want their communities to be safe and family friendly. That’s the SOUTH ALABAMA AMERICAN WAY OF LIFE that I will work to achieve in Congress.”

LeFlore urges the citizens of Alabama US District 01 to follow this Congressional special election and get out to the polls and put the first Democrat in Congress from Alabama’s United States District 01 in almost 50 years.

In this article:Burton R. LeFlore