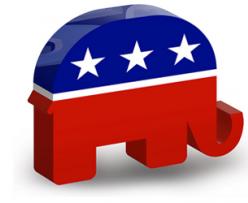 Over 150 people attended the “Energize” Rally in Scottsboro on Saturday. In the last several election cycles the trend has been moving in the direction of the Alabama Republican Party and Tennessee Valley Republican Club and Jackson County Republican Club along with their local partners are hoping that that trend extends to North Alabama in the 2014 election.

The large Republican gathering was held in Scottsboro for breakfast at the Western Sizzlin Steakhouse on Hwy 72.

The diverse crowd heard speakers including: ALGOP Chairman Bill Armistead, Madison County Commission Chairman Dale Strong, and Speaker of the Alabama House Mike Hubbard (R) from Auburn. A large contingent of Young Republicans were also at the meeting. The program was designed by organizers to “Energize” the voters in Jackson, DeKalb, and Marshall counties and kick start the campaign season

Chairman Armistead stated that it is very important to keep our incumbents in office while promoting any qualified Republican candidate. Armistead warned that we will have many candidates that will try to get on the Republican ballot that are “Sheep in wolves clothing”. His concern is that many Democrats will try to crossover and say they are Republican to get on the ballot. “We have to be vigilant in our potential candidate interviews”, Armistead said. Armistead warned that just allowing anyone who says they are Republican on the ticket without knowing for sure they represent the values and integrity of the party.

Chairman Strong told the crowd about his journey in getting elected to both a commission position and eventually the chairman’s seat as a Republican in what had been a Democratic stronghold. He said that against all odds the hard work and determination paid off in the end.

Two Republican Jackson County Commissioners were present at the meeting. They are the first Republicans to hold those positions in over 100 years. Strong told them that he was proud of them and urged them stay the course and not give up even during adverse times. Strong encouraged them and all others in Northeast Alabama to keep moving forward and help “Energize” the movement for change in their government.

Speaker Hubbard told the crowd that Republicans have control of Montgomery with a super majority and the need for that to stay in place. Hubbard said that Alabama has moved forward faster in economic growth than it has in the last 50 years. The Speaker said that a move by the legislature to keep Alabama a right to work state and new legislation implemented to make Alabama more business friendly has propelled the state to be one of the most attractive states in America to do business in. Hubbard referenced the new Airbus assembly plant being built in Mobile, expansion at the award winning Mercedes factory in Vance, and said that Alabama has the potential for bringing in more industry in the future. Hubbard said he was really excited and delighted to see such a large crowd so early in the campaign season.

Jackson County Republican Party Chairwoman Ellen O’Connor said, “It is apparent that with such a large crowd so early in the campaign season that voters in Northeast Alabama are serious about making even more changes in their local, state, and national government.”