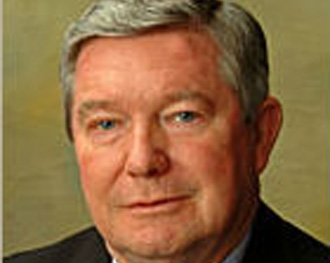 Laird told the Alabama Political Reporter he decided that after 36 years in the legislature, it was time to go.

Laird, who will turn 75 years old at the end of this term said, “You know, your body and your age ought to talk to you and you ought to listen sometimes…so I’m listening.”

He said that he wanted to leave at a time that made sense for him and his district “I’ve had so many people wanting to send money for my campaign and I didn’t want to lead people on,” said Laird. He said that many people had expressed excitement about him representing the new expanded district into Cleburne County, that he wanted to let people know sooner than later.

Laird also said that one of his considerations was the people who wanted to run for his seat should he retire.

“There are a lot of people over the years that have told me, ‘When you quit running, I want to run.’ So, this gives them plenty of time to prepare,” he said.

Laird said he had seen “a lot of change and a lot people come and go over the years. Some of it has been good, some of it hasn’t, so it’s time to hang it up.”

Laird, says he is not retiring…just not running for office.