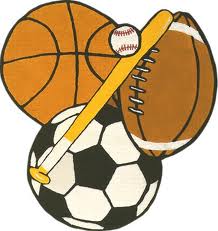 Reports have surfaced recently that some college athletes (or their friends) are reportedly receiving extra benefits including cash and services for autographs. Many sports agents are anxious to develop relationships with athletes while they are still in school so they, or more commonly their runners, are frequent visitors to college campuses getting to know the athletes and often offering illegal benefits including: cash, car leases, trips, etc.

Universities can receive sanctions from the NCAA for secondary benefits: including loss of athletic scholarships, loss of post season privileges, television bans, and forfeiture of victories including national championships. The athletes themselves can lose their amateur status.

To combat this problem, Alabama state Representative Jack Williams (R) from Vestavia has proposed giving athletes immunity for their testimony against rogue agents who use illegal tactics to recruit clients. Rep. Williams proposes a one year grace period for student athletes who have had an improper relationship with an agent if they step forward and inform school and NCAA officials of that improper relationship.  Rep. Williams said in his statement,

“The current approach is not working. We all know that, but no one wants to acknowledge it because no one is sure who would be implicated. Right now the chess board is set up with the NCAA and the institutions playing against the athletes and agents with the NFL watching, if that. We need a plan that puts the student-athlete, the institution and the NCAA on the same side. We don’t have that right now.”

“Until professional sports leagues and players associations work with the NCAA and the states this problem will persist. Right now everyone is looking out for their own best interest and no one is looking out for the student-athlete or the sport that they play. The law regarding sports agents and what they can and cannot do needs to be clear in all fifty states. The consequences for violating that law should be known and should be enforced at the state level. There needs to be a cooperative approach that has not existed previously for dealing with this problem.”

Williams said, “I would hope the NCAA would take these allegations as an opportunity for a new discussion and an opportunity to forge a new approach to dealing with the lingering problem of the sports agent and the amateur athlete.”  Williams was elected to the Alabama House in 2004 and chairs the Commerce and Small Business Committee, the ADECA Oversight Committee, and Co-Chairs the Athlete Agents Commission.

In this article:NCAA, NFL, University of Alabama