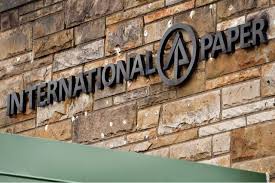 On Monday, the Alabama Republican Party issued a statement accusing Northwest Alabama Democrats of trying to play politics with the closing of the International Paper Mill in Courtland Alabama when they were the ones blocking larger economic incentives in recent sessions of the legislature.

The Alabama Republican Party wrote, “Families in northwest Alabama were hit with devastating news recently. International Paper Company announced they would be closing their Courtland mill plant in Lawrence County, resulting in the loss of 1,110 jobs by the end of the first quarter of 2014.”

ALGOP continued, “None of this is comforting news for the families who will have to make very tough decisions in the coming months. What is even less comforting for families and the state of Alabama is the subsequent actions of some north Alabama Democrats who are using the situation to try score political points.”

The release said, “Two of the longest serving liberal Democrats in the Alabama Senate and Alabama House, Roger Bedford (D-Russellville) and Johnny Mack Morrow (D-Red Bay), couldn’t get to a newspaper fast enough to start casting blame and trying to take political advantage of the situation.”

The ALGOP charged, “In their rush to accuse Governor Bentley and Alabama Republicans of not doing enough to retain current industry, they must have forgotten that they were the ones who stood in the way of efforts to pass legislation to retain industry such as International Paper. One year ago, Governor Bentley and the Alabama legislature tried to pass a constitutional amendment (HB 159) that would have helped authorize an incentive program to help companies bring more jobs to Alabama. This amendment, along with companion legislation (HB 160), included a measure to help retain companies that are already located in Alabama and seeking to expand.”

ALGOP predicted that the legislature will likely try to pass legislation similar to the Alabama Job Creation and Retention Act of 2012. The Republicans said that by attracting and retaining jobs revenues increase, people get to keep their jobs, more people are hired for new jobs, and the economy improves. “When it comes to job creation, Alabama needs to remain competitive with other states seeking the same opportunities for their citizens. We can’t do that when anti-business groups in this state and their legislative companions do everything in their power to stop it.”

The Courtland Mill is reportedly closing because more of us are switching from newspapers, magazines, junk mail advertising, and letters to newswebsites, e-magazines, email advertising, and email, thus there is less global demand for paper. It is not known whether economic incentives or a Democratic House leadership would have changed that in any way.