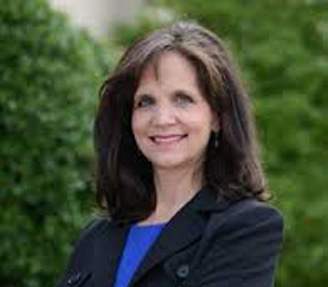 On Tuesday Republican voters in House District 104 went to the polls to choose their new state representative. Two women business owners emerged on top of a crowded GOP field.

Susan Hightower and Margie Wilcox finished first and second in a five way special election field. According to early election results Susan Hightower got the most votes with 1,496 (42%). Wilcox came in second with 1119 votes (32%). The runoff is scheduled for Tuesday, December 10, 2013.

ALGOP Chairman Bill Armistead extended congratulations to both women for their primary victory. Chairman Armistead said in a written statement, “My congratulations go out to Susan Hightower and Margie Wilcox for moving on to a runoff. Susan and Margie are both conservative small business owners who would serve House District 104 well. Voters in south Alabama have been called to serve their civic duty many times this year; I have faith that they will continue to show support for strong conservatives by heading to the polls. Alabama Republicans must continue to get out the vote and ensure that we maintain our hard-earned majority in the legislature. All Alabama legislature seats will be up for reelection in 2014, it is important that we get out the vote and keep conservatives in the State House who will display strong leadership and will fight to keep our state on track.”

Susan Hightower said on Facebook after the victory, “We won with 43% of the vote. Thank you to all of the friends and supporters who helped make this happen. The runoff will be Dec. 3. Let’s get to work!” (ALGOP is reporting the date as December 10th though we have seen both dates used in releases over the last month.)

The seat became vacant following the resignation of Representative Jim Barton this past August and will be up for re-election in 2014 along with every other seat in the Alabama Legislature. House District 104 is located in the southern section of Mobile Countyand stretches from I-65 to the Mississippi line

Margie Wilcox is a prominent business owner who own cab companies and airport transport companies. The Theodore businesswoman is staunchly pro-Life and supports the traditional family.
Wilcox has raised $25,061 in campaign contributions and is just barely second to Susan Hightower. The other three candidates have raised much less.
Wilcox said on her website, “By ensuring that our parks are clean and safe and that our police have the resources and the laws to fight crime we can keep families together and our children safe. We need a stronger focus on families!” Wilcox is a charter member of St. Vincent De Paul Catholic Church.
If elected Wilcox promises to reduce the size of government, publish most government documents on the web, and strengthen Alabama’s ethic laws. Wilcox said on her website: “Just a few years ago our republican leadership did a great job in passing new laws to improve our trust and confidence in elected leadership. Unfortunately the loop holes have been found. Double dippers are still double dipping and the old revolving door is spinning even faster. I am a cheerleader for the conservative leadership in our state and I want to join them with a push to close those holes and keep the promise to be the most honest and transparent leadership in the history of Alabama!” Wilcox is a graduate of Leadership Mobile, a former member of the Mobile County Republican Executive Committee and has been very active in the Business Council of Alabama and is a Past President of National Association of Women Business Owners,

Susan Hightower is an associate broker at Dauphin Realty, the founder and President of Wee Exchange, and the owner operator of Little Monkey Toes. She is also a grandmother and the wife of state Senator Bill Hightower (R). Mrs. Hightower has been endorsed by the Alabama Forestry Association, the Alabama Alliance Against Abortion, and the Alabama Retail Association. Hightower has raised over $25,000 in campaign contributions mostly from Political Action Committees.

On her campaign website, Hightower said that she believes there are many viable options to educate our children, and parents should be able to decide which alternative is the best choice for their child and their family. Hightower promises that some of the issues she will address as a legislator include: coastal Insurance Reform, facilitating community action groups such as Southern Skyline Community, bringing more industry into South Mobile County, nurturing small businesses, decrease government, and education.