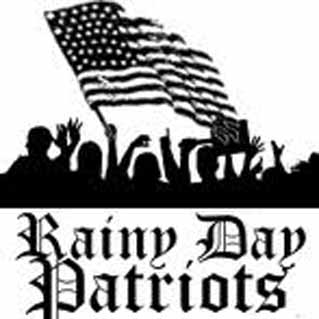 On Thursday, Jamie Clements, candidate for House District 62, addressed the Rainy Day Patriots (RDP) at their regular October meeting at the Homewood Library.

Clements told the RDP said that he is a native of Tuscaloosa County and is a civil engineer by training. In addition to his work as an engineer he works as adjunct professor at the University of Alabama teaching surveying for engineers.

Clements is the First Vice Chairman of the Tuscaloosa County Republican Party and is the faculty adviser for the University of Alabama College Republicans. Clements was also a delegate at the 2012 Republican Convention in Tampa Bay.

Clements said to the RDP that he is a problem solver and that he believes in maintaining a civil discourse even when talking with people whom he disagrees. He said that he is pro second amendment. “I want as many guns as I can get. I like them.” He said that he is pro-Life. He is opposed to Common Core because, “We don’t need the federal government to tell us how to think.” Clements said, That we have issues to deal with like same sex marriage and abortion shows for about 50 years the Church has failed. Jesus Christ is the only answer to problems like same sex marriage and abortion. The Church should be teaching personal responsibility.

One of the crowd asked him why the Tuscaloosa Republicans hosted Karl Rove. Clements said, “I had nothing to do with that.” I am not impressed by Karl Rove.”

Clements said that one problem with the growth of the Republican Party is that a lot of people switched parties that don’t really have a conservative political philosophy. “There are a lot of RINOs (Republicans In Name Only) in Tuscaloosa.

Jamie Clements does not face a Republican incumbent because Rep. John Merrill (R) is vacating the seat to run for Alabama Secretary of State.

District 62 is in the southeastern part of Tuscaloosa County around exit 100 and includes Vance, Colley, and Taylorville.

Chad Mathis’s campaign manager, Matt Sauvage also spoke to the RDP. Sauvage said that Mathis (R) from Indian Springs is not a career politician. He wants to get things done. He owns a business and is a small business guy. Mathis is worried about Obamacare and the out of control spending in Washington. Mathis is running for the Sixth Congressional District seat currently held by Representative Spencer Bachus (R). After 21 years in the Congress, Bachus is retiring when his current term ends in December 2014.

Sauvage said, “We need somebody who will represent the values of people in Washington.”

The Rainy Day Patriots were not ready to commit because they are waiting to see whether or not Sen. Scott Beason (R) from Gardendale will enter the race. Beason challenged Bachus unsuccessfully in the 2012 Republican Primary.

In other RDP business, Ann Eubanks said that RDP President Zan Green has relocated to Dauphin Island which is why she could not attend the meeting. In Zan’s absence, the meeting was conducted by Eubanks, Dawn Ray, and Melody Worbington.

The next regular meeting of the Rainy Day Patriots will be Thursday, Nov 12th at the Homewood Library. Doc Thompson from the Glenn Beck Radio Program will be there to kick off their year long 2014 election campaign. Candidates are invited.