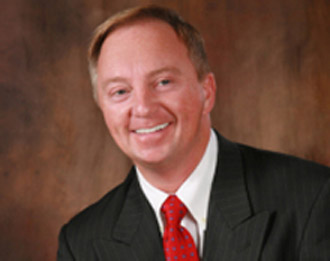 The Sumiton businessman, minister, and educator is running for the office currently held by Lieutenant Governor Kay Ivey (R). Stan Cooke said, “It is a distinct honor to be here night.” “St. Clair County has it right. Thank you for being a shining light for Alabama.” Cooke said that the economic development work in St. Clair County is well known across the state.

Cooke said that the Second Amendment is uniquely tied to states rights. Cooke said that the vision of the signers of the Mayflower Compact in 1620 led to the Constitution and the nation that resulted. “So much for Separation from Church and State.”

Cooke said, “Alabama is expecting good government in Montgomery.” Cooke said that it is time for new productive leadership. Cooke said that he would be a better lieutenant governor than incumbent Kay Ivey.

Cooke described the current situation in the Senate as a “fiasco.” Cooke said that Lt. Gov. Ivey has violated the rules of the Senate and has gaveled the Senate into session without a quorum jeopardizing good legislation.

Cooke also expressed concerns about the Alabama Accountability Act. Cooke said the Republican controlled state legislature passed the bill without one college president invited to give their opinion. Cooke said that the Christian schools were scared of it and the public schools did not want it. Only 52 students have benefited from the program.

Cooke said that Alabama’s poorest performing schools are like a house on fire. Cooke said that we let students leave but, “We failed to do anything about the burning school house.” Cooke said that he believed we need to call for a summit. Cooke said that we should invite education leaders from across the state to talk about what is wrong about education in Alabama. Cooke acknowledged that the legislature had good intentions when they passed the Alabama Accountability Act, but felt they should have passed it the right way and studied the issue more.

Cooke warned that Chairman Armistead has warned that we have a republican party that is about to be infiltrated with Democrats. Cooke said that we should be concerned about the Democrats that are already in the party.

Cooke was also concerned that state general fund workers have not received a raise in 6 or 8 years. “We are losing some good workers.”

Cooke said that the judicial system in Alabama has lost $30 million and half the judicial employees over the last ten years while the executive branch has gained tens of millions of dollars.

Cooke said that the judiciary is a co-equal branch of state government and should be given the resources that it needs.

Cooke said that economic development is a hallmark of St. Clair County. Auburn is another example; but there are many places in Alabama that is lacking economic development. Cooke said that the state needs to set up economic zones across Alabama. The Wiregrass, the Black Belt, and parts of the Birmingham metro area has lost thousands of jobs. Cooke said, We need production and manufacturing jobs and if elected Cooke promised to use the bully pulpit of the Lt. Governor so that everybody who wants a job should have a job. That will grow the without raising taxes.

Alabama State Representative Jim McClendon (R) from Springville also addressed the Republican crowd. He said that he had returned from Montgomery that day where he was working on revamping the Medicaid pharmacy program similarly to how the Medicaid health program was just revamped in the 2013 regular session.

Rep. McClendon said that the state is facing a $125 million shortfall in 2015, but vowed, “You will not see any new taxes out of this legislature. It is not going to happen.”

McClendon said that he has been working on the Alabama Medicaid Pharmacy program for four months and spent spent 2.5 years working on Medicaid before the reform package was passed in the 2013 regular session.

Rep. McClendon said that he was ready to go to the Alabama Senate. “I have an opponent and it is the incumbent,” (Sen. Jerry Fielding (R) from Sylacauga). McClendon asked the gathered crowd of over 70 Republicans to support him in the June Republican Primary.

Rep. McClendon also spoke to defend the Accountability Act after Cooke was critical of it. McClendon said whatever the process. “The end was proper. I was definitely a supporter.”

McClendon said, “House Bill #1 is my tablet bill to provide digital devices and get rid of text books once and for all.”

Rep. McClendon then introduced Rep. Mack Butler (R) from Rainbow City as an, “Integral part of our caucus.”

Butler said that the police consolidation bill passed in the last session saved the state $30 million by itself and that the legislature was doing several initiatives like that.

Rep. Butler said, “I love the accountability act.” As a longtime Etowah County School Board members the flexibility portion of the bill will make a big difference in Alabama education. “It will make a difference to those 52 students.”

Rep. Butler said that he loved his job in the legislature and, “I am passionate about it.”

Butler is being challenged in the June 2014 Republican Primary by Ashville Mayor Robert McKay. McKay was also present at the Moody event.

St. Clair County School Board member Marie Manning (R) from Ragland said that Common Core has caused a stir in the state. The State Board of Education has voted to rescind the original resolution tying the state’s standards to Common Core. The state will continue to have stringent academic standards but, “We are totally cut loose from the federal standards that have been implemented.”

Manning said that she hoped that this will help Republicans stay united.

The head of the St. Clair County Commission Stan Batemon (R) from Pell City said that he had just returned from Washington where he met with the entire Congressional delegation in DC.

Commissioner Batemon said that it is important to maintain good relationships with DC because the
money to run the county is not even here. It is in Washington DC or it is in Montgomery someplace. The new paving on U.S. Highway 411 in Moody for example was 80% funded with federal dollars. Batemon said that our representative has been very good about getting this money to us. “As long as that money is there we are going to fight to get it.” Batemon said that as a conservative he would like to see that money stay here.

Batemon said that he traveled with a delegation from the Birmingham Business Alliance. “Over the years we have allowed that money to be siphoned off, sent to Washington and then sent someplace else.” Batemon said we have got to stay engaged. We have to go after money and grants. We have to continue to get money from Washington. If we don’t get it somebody else will.

Batemon praised Congressman Rogers (R) for his hard work on behalf of the county.