MONTGOMERY—In a move that could be a major game-changer, veteran legislator and renowned writer and television personality, Steve Flowers, says he is considering a run for the Public Service Commission.

On Thursday, Flowers told the Alabama Political Reporter, “I am getting some encouragement to run from all over the State, but I really haven’t made a final decision.”

If Flowers decides to run, it will be for Place 2, currently held by Commissioner Terry Dunn.

Steve Flowers is a well-known figure throughout Alabama. His weekly political column, Inside the State House, appears in over 70 publications with a circulation approaching 400,000. Not only does Flowers have name recognition, but a solid, conservative legislative record as well.

It is also important to note that Flowers has maintained his campaign account since leaving the legislature nearly 15 years ago. Currently, he has $60,166.15 in his campaign war chest.

Terry Dunn’s last report with the Secretary of State was in 2012 and reflects an account holding $10,445.89 on hand.
Among those who seek to challenge Dunn: Chip Beaker with 39,748.72; Jonathan Barbee with $450; Philip Brown has not reported.

Flowers said he has kept the account intact to help others and just in case he decided to return to public office.

If Flowers was to jump in the PSC race he would start with huge name ID and a sizable cash reserve.

Flowers was elected to the House of Representatives in 1982 and served for 16 years. He left the House undefeated and uncontested choosing not to seek reelection in 1998. During his tenure in the House of Representatives, Flowers sustained a perfect attendance record for 16 consecutive years. Additionally, he maintained one of the most conservative voting records amongst his peers, earning a reputation as being one of Alabama’s most pro-business legislators.

Flowers says if he does run for the PSC commissioners spot, he wants to use his skills and the office to promote economic development and bring much needed jobs to the State. He says that growing Alabama’s economy and helping to create good paying jobs should be on the minds of every statewide public official. Flowers says he believes that an effective PSC commissioner could join with the Governor and the Secretary of Commerce and show a “unified team to those who are interested in bringing jobs to the state.”

Flowers says he is at a good point in his life, having his daughters grown and in successful careers. Having recently become a grandfather has brought new joy to his life, and has reminded him of the responsibility that citizens-legislators have for the future.

With a proven conservative record in the State House, Flowers was the sponsor and author of the historic Tort Reform legislation in the 1980s, and is a past recipient of the Outstanding Service to Agriculture Award. In 1992, he was voted by his colleagues as the Most Outstanding Member of the Alabama House of Representatives.

“I love Alabama politics. I know our history and where we’ve been,” he said. He is considering getting back into government because he wants to make sure the State has a bright and prosperous future as well.

Along with his columns, Flowers also hosts a thirty-minute weekly television show seen throughout South Alabama, as well as a weekly radio show heard throughout the state on public radio. His television and radio shows are produced by Troy University.

Flowers also teaches Southern Politics at Troy University. He can be seen regularly on Montgomery television station WAKA, and on CBS 8 where he serves as their political analyst. 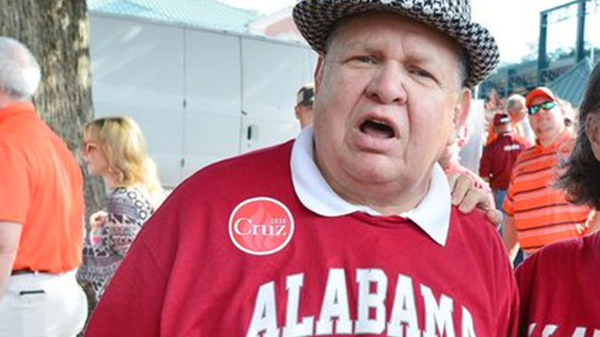