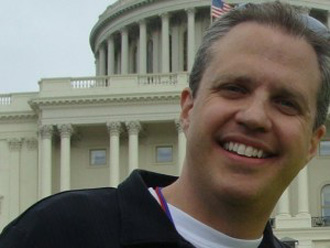 The Rainy Day Patriots announced in a written statement that they are holding their November meeting on Tuesday in the Homewood Library at 6:30 pm. This month’s guest speaker is Doc Thompson, who hosts a national conservative libertarian radio talk show host and political pundit.

Doc Thompson is the host of ‘The Morning Blaze with Doc Thompson Show’ which airs from 6:00 am to 9:00 am before the Glenn Beck Radio Program. Doc Thompson’s show promotes conservative libertarian principles with emphasis on free market principles.

The Rainy Day Patriots wrote recently, “We need you, for ACTION, the State needs you and the Country. The Country is in dire straits and many citizens are just not up to the task of keeping our Republic, so it falls on your shoulders. Our Freedoms need constant vigilance, because those on the left WILL NEVER GIVE UP. If you are a Religious person, you never give up on your beliefs. Liberalism is a religion. The Left will never give up on imposing their “for your own good” intentions (meddling) on YOU and YOURS. Its a matter of faith! Ideology trumps any Religion that they profess to belong. YOU must secure our Republic and our Sovereign State to continue practicing your personal, individual, God given Freedoms. We are the People that will decide if our Country remains a Constitutional Republic. Like it or not, YOU are now responsible. YOU BEING IDLE …….is no longer an option.”