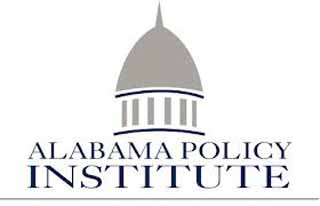 Conservatives universally agree that President Obama’s healthcare reform law, the Patient Protection and Affordable Care Act, is a disaster for America. The unpopular legislation has been criticized for: trampling on individual liberties; taking considerable decision making away from the doctor-client relationship; regulating away religious liberties; being tremendously expensive for the federal government, the states, employers, and individuals; creating financial incentives to be and remain poor; punishing marriage; and giving the federal government unprecedented power over the entire healthcare sector.

Conservatives enjoy reciting all the shortcomings of “Obamacare”, but most are silent about their own healthcare reform plan that they would replace it with. Dr. Carson lays out one possible alternative.

Before the dinner, Dr. Carson spoke at length with The Alabama Political Reporter (APR) and other Alabama journalists about his plan, book, and conservative philosophy.

Dr. Carson conceded that repealing Obamacare is not enough, but, there is still a need for healthcare reform. Carson told APR that under his proposal, the federal government would give every American $2,000 a year for their healthcare costs. The first third would go for catastrophic health insurance. Every American would be covered in case of major healthcare calamity. The shear volume of business would help drive the cost of catastrophic coverage down. The remaining 2/3s would go into a health savings account (HSAs) for routine care that Americans would be allowed to keep. Stay healthy and your account would grow over time and your heirs would be allowed to inherit any unused balance in your accounts. Americans would also be free to share that money with other people in their family when and if necessary.

Individuals could also share their accumulated HSA balances with friends and co-workers. Dr. Carson acknowledged that such a plan would be expensive (over $600 billion a year); but it would be much cheaper than the system we have now and over time the HSAs would generate substantial amounts of interest. The government is the payer on more than half of the healthcare dollars being spent now.

Dr. Carson told the attendees, “After the 16th Street Baptist Church bombing, it would have been easy to say nothing will ever change. We have changed. Praise God. Alabama has changed; because people refused to give up; and we won’t ever give up.”

Dr. Carson spoke about the need to move forward from the current win or lose mentality in politics and to begin working for reasonable, conservative solutions to our nation’s problems. Dr. Carson said, “We have to embrace a dialogue where we can disagree with one another and not consider one another an enemy. In our efforts to address the issues that face the United States, we cannot be offended, and we cannot be uninformed.”

Dr. Carson discussed the vital role that education can and must play in the development of our youth and how education carried him out of abject poverty to an incredibly successful medical career and his current role as a leading conservative voice and best selling author.

Dr. Carson said, “In order to put our nation back on track, we have to be willing to talk about the problems that plague our nation. All of you have to lead that very necessary dialogue and propel us toward policies that provide real solutions to the issues our communities face.”

Dr. Carson told the media that he would prefer to remain a voice for solutions to America’s problems and was not running for any office at this time, but did not definitively rule out the possibility that he might be a candidate for a future office.

The Vice President and General Counsel of Alabama Policy Institute Cameron Smith said, “The support of Alabamians from all corners of the state has offered API the opportunity to identify problems, seek reasonable and effective solutions, and fight for the implementation of those solutions.” We are proud to be at the forefront of the effort to set a positive example for constructive dialogue and effective governance for policymakers in Alabama and D.C.”

Dr. Carson is also the author of ‘America the Beautiful: Rediscovering What Made This Nation Great.

API promotes conservative solutions to Alabama and America’s problems. The API Annual Dinner was held solely for their benefit and is not a fundraiser for any political campaign or candidate. API does not support or oppose candidates for political office.

Next API will host Louisiana Governor Bobby Jindal (R) at their annual dinner Thursday night in Huntsville. Gov. Jindal has been mentioned as a possible Republican presidential contender in 2016.