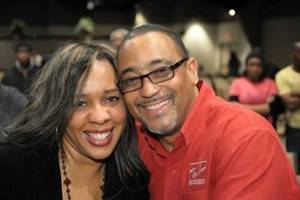 Chairman Armistead said in a written statement, “Troy Towns is now ALGOP’s full time Director of Minority Outreach. Troy has been active in the Alabama Republican Party for several years and serves as Vice Chairman of the Montgomery Minority GOP. Troy was one of our recent Rising Republican Stars and everyone at headquarters is very excited about having him on our team.”

Chairman Armistead said, “A growing number of minorities no longer feel at home in the Democratic Party. Many have come to the realization that President Obama and the Democratic Party have been unable to keep their promises to lower the unemployment rate and put people back to work.”

The ALGOP Chairman said, “The Alabama Republican Party is reaching out to minorities to let them know that we welcome them into our party if they share our conservative philosophy. Our outreach to minorities has recently become more formal with the addition of a Director of Minority Outreach on our ALGOP staff.”

Armistead continued, “As an optician, Troy has been helping people improve their vision for years. Now he is helping people improve their vision of the future by introducing them to the Republican Party. His goal is to re-introduce the conservative message to the minority community by demonstrating how their lives can be enhanced through the values that the Republican Party embraces. Troy believes that there are hundreds of “closet conservatives” that will be lured out of the shadows once they realize many minorities already share their conservative values.”

Armistead said that “Voting your values” is Troy’s constant mantra and that Troy believes that once minorities begin voting their values, the Republican Party will see our ranks swell in membership. Armistead said that Troy has already begun planning numerous outreach projects across the state. Persons interested in helping ALGOP reach out to minorities in our state should contact Troy at ALGOP headquarters at 205-212-590.

Over the last decade, the Alabama Republican Party has developed a commanding majority among White Alabama voters. Whites in Alabama have given the party every statewide elected office, six of the seven congressional seats, and super majorities in both the Alabama House and Senate, but the commanding lead the Alabama Democratic Party has successfully maintained means that the Democrats remain viable statewide if they can find a message or messager that appeals to White voters.

If the Republican Party could gain even a modest 40% of the Black vote in Alabama it would effectively crush the Democratic Party’s hope of making a comeback.