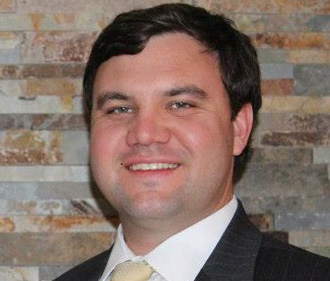 On Tuesday, Joe Freeman told the Rainy Day Patriots at their November candidates forum that he was running for the Alabama House of Representatives in House District 44.

Freeman said that he is from the Trussville area and is a 1999 graduate of Trussville High School.  District 44 includes the Trussville, Clay, and the Grayson Valley areas of eastern Jefferson County.

While in college, Freeman was an officer in the College Republicans.  They had just worked hard to elect Republican Governor Bob Riley, when the new Governor reached out to the AEA and other Montgomery Liberals and did a deal proposing massive tax increases on the people of Alabama in Amendment one.  Freeman said that his group was the first Republican group in the state to formally come out against the plan:

“I was trying to lead a charge of College Republicans, because I thought we could do some good.”  Ultimately Amendment One was defeated with over 60% of the people in the state voting against the Riley/AEA proposal which would have vastly increased the size of Alabama government and the burden on Alabama taxpayers.

Freeman said that there are big problems in Jefferson County and those problems began with bad bond deals. “No one was willing to put their foot down” and stop the county from entering into these shady agreements.  Freeman said that he is favor of reforming the bond business so that the tax payer, the rate payer is not constantly carrying the burden.  Freeman said that the people are the ones bearing the brunt of the bad bond deals and, “I am going to put a stop to this.”  Freeman insisted that this is not regulation of private business, but rather is regulation of what can be done with our tax money.

As a result of that massive culture of government corruption and the eventual end of an occupation tax that commissioners illegally collected for years after it was repealed by the state legislature, Jefferson County has been in bankruptcy for over a year.  Current County Commissioners are trying to negotiate a deal that would allow Alabama’s largest country to finally emerge from bankruptcy.  Jefferson County taxpayers and sewer customers will still be paying off the over $4 billion in bond debt, that Moody’s has rated as junk, for decades to come.

Joe Freeman is the Director of the Capital Markets Group.

House District 44 is currently represented by Rep. Arthur Payne (R) from Trussville.  Rep. Payne is retiring at the end of his current term.

Danny Garrett, who is on the Trussville School Board, has also announced that he is a candidate for the House District 44 seat.

The Republican Primary is in June.