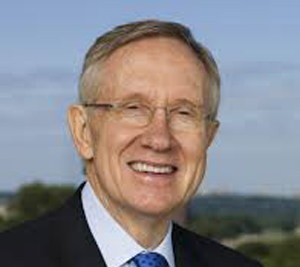 Democratic Senators in the U.S. Senate, led by Senate Majority Leader Harry Reid (D) from Nevada, scuttled the historic rules of the Senate to give themselves much more power.

Gone are the days of the minority power being able to hold up or even block Presidential appointees that they feel are too extreme. Gone are the days when it took 60 Senators to approve a controversial Supreme Court nominee (for example).  All it takes is a simple majority.

Republicans had talked about using the so-called “nuclear option” when they ran the Senate during George H. Bush’s presidency, but a group of moderate Republicans led by Sen. John McCain (R) from Arizona blocked that effort.  Democrats showed far more party unity when they pushed through the controversial new rules on Thursday over the objections of Alabama Senators Richard Shelby (R) and Jeff Sessions (R).

Senator Shelby said, “Senate Democrats voted to force Obamacare on the American people.  Despite that disastrous exercise of power, they have now voted to give themselves even more of it…If Democrats think that they deserve more power, they should earn it from voters at the polls in 2014, not swipe it with a drastic rule change in the Senate today.”

The controversial new changes in the Senate make Harry Reid unquestionably now the most powerful man in the country besides President Barack Hussein Obama. Senator Jeff Sessions accused Reid of acting like a dictator.  Senators had already lost the ability to add amendments to bills without the approval of the Senate Majority Leader.  Senator Sessions said,

“We have this spectacle of members of the United States Senate, United States Senators from great states all over America, hat in hand bowing before the Majority Leader, pleading that he allow them to have their amendment up for a vote. And it’s really not right. It is an alteration of the whole concept of the free and open debate the Senate is all about. I truly believe that it is. And we’re going to have to stop it.”

Senator Shelby said, “Unfortunately, this radical move will allow President Obama to stack the executive and judicial branches with radical individuals who will do anything to preserve the terrible legislation that bears his name.”

Republicans fear that this rule change will be expanded to allow the majority to pass legislation with a simple majority.  Senator Shelby said, “And make no mistake: today’s power grab is just the beginning.”   An example from earlier in the year would be gun control.  The President’s controversial legislation stripping Americans of much of their gun rights had a slim majority of the Senate, but nowhere near the 60 votes needed to break a Republican led filibuster.  If the 60% rule is waived then a simple majority of the Senators present (with Vice President Joe Biden (D) available to break a tie) would be sufficient to cutoff debate on anything including that gun control bill.

The issue that led to today’s eruption is filling judicial appointees in the 8th Circuit representing Washington D.C.  That court decides many constitutional issues before they go to the Supreme Court so the President wants 11 appointees there.  Currently Republicans have been blocking those appointees.  Today’s action will clear a path for President Obama’s appointees to receive their lifetime appointments.

Republicans fear that with virtually unlimited power to stack the court system with leftists, all President Obama needs now to wield unprecedented power is for the people to elect a Democratic majority in the U.S. House of Representatives in the coming 2014 midterm elections.