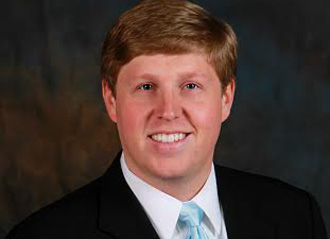 Josh Pipkin’s campaign for Alabama House District 91 is set to report over $30,000 in contributions from 101 donors for the month of November; Pipkin’s first month of fundraising. Every penny of Pipkin’s contributions came from local donors. Pipkin is challenging incumbent Barry Moore, who collected just over $5,000 for the same reporting period, half of which was collected from outside the district.

“Our support pretty much covers all of District 91,” said Pipkin, a lifelong resident of Coffee County who currently serves as a local prosecutor and county attorney. “With over 100 people donating to the campaign in the first month, you can tell there is broad support all over the County.”

Pipkin celebrated a successful first month with a Kickoff Peanut boil Monday night at the Enterprise YMCA. Pipkin addressed the crowd and stressed that he intends to be responsible when representing the people of Coffee County. “I refuse to ever vote on a bill that I have not read. That is not responsible government and we should not accept that out of the people we send to Montgomery. I will make sure that Coffee County’s voice is heard in Montgomery.” Over 200 people showed up to the event. Pipkin intends to hold a similar even in Elba after the Christmas holidays.

Josh Pipkin was honored by his hometown as the 2012 Enterprise Man of the Year in recognition for his efforts in the community.

Pipkin is the son of Richard Pipkin, Executive Director of the Enterprise YMCA, and Twyla Pipkin, the principal of College Street Elementary School.

Josh and his wife, Katie, attend the First Baptist Church of Enterprise, where Pipkin serves as deacon. The couple has three children, Joshua (3), Whit (2 months) and Mary Hannah (2 months).

More information about Pipkin and his campaign for House District 91 can be found at www.Pipkin2014.com.

By Byron Shehee Alabama Political Reporter Opelika — On Monday, Rep. Barry Moore (Enterprise) had his first chance to meet the jury that will...