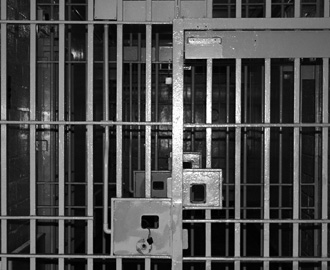 On Friday, January 17 the U.S. Department of Justice announced that their investigation into the state of Alabama’s Julia Tutwiler Prison for Women found that the State of Alabama prison system has been acting in an unconstitutional manner and that management of the State’s prison system have acted with indifference toward the plight of the women that are incarcerated there.

Officials with the Alabama Department of Corrections dispute the DOJ findings.

Department of Corrections Commissioner Kim Thomas said, “We have been proactive from the beginning.  We have never down played the significant and serious nature of these allegations.  I do not, however, agree that Tutwiler is operating in a deliberately indifferent or unconstitutional manner.  We will cooperate with the Department of Justice and continue our efforts to implement changes and recommendations with the goal of improving prison conditions and avoiding potential contested litigation.”

On May 22, 2012, the Equal Justice Initiative (EJI) filed a complaint with the U.S. Justice Department alleging evidence of “frequent and severe officer-on-inmate sexual violence.”

The group’s Executive Director Bryan Stevenson has used the words “rape and sexual assault” as a description of what he believes is taking place at the Tutwiler Prison for Women in Wetumpka, Alabama.

As of May 2012 the Justice Department announced that they had opened an investigation into the allegations.

According to the 2012 EJI report “More than 20 Tutwiler employees have been transferred or terminated in the past five years for having illegal sexual contact with prisoners. From 2009 to 2011, six correctional officers were convicted for criminal sexual abuse of women prisoners.

According to the ADOC, there are multiple ways for complaints of custodial sexual misconduct to be made, including the use of a toll free PREA hotline, or writing or talking to assigned PREA staff within each facility.

In a 2012 report by the Montgomery Advertiser, “Since 2009, six Tutwiller employees have been convicted for crimes related to sexual misconduct. Five employees were charged with one count of custodial sexual misconduct, a Class C felony defined as engaging in sexual conduct with someone under the disciplinary watch of the state.”

On Monday, March 4, 2013, the Alabama Department of Corrections received written notification from the United States Department of Justice commencing an investigation into the conditions of confinement at the Julia Tutwiler Prison for Women pursuant to the Civil Rights of Institutionalized Persons Act of 1977.

According to the Alabama Department of Corrections, in January, 2013, Department Commissioner Kim Thomas announced implementation of a formal Action Plan to improve the operations at Tutwiler. The Action Plan is based on a Technical Assistance Report provided by the DOJ’s National Institute of Corrections. In June, 2012, Thomas invited the NIC to conduct an on-site assessment of facility operations at Tutwiler and to make recommendations to improve cross-gender supervision.  Prior to receiving the NIC’s final Technical Assistance Report in November, the ADOC began universally addressing and implementing 58 specific opportunities as identified by the NIC. To date, 57 action items have been completed.

“We consider allegations of custodial sexual misconduct to be an unacceptable abuse of power,” Thomas said.  “During the last year we have worked tirelessly to implement recommendations of the DOJ’s National Institute of Corrections, a review that I requested.  Positive reforms have been put in place and those reforms will continue.”

In a 2012 report, six women who then were either currently incarcerated at Tutwiler Prison for Women or had been released recently were interviewed on the condition of anonymity.

“In all my years at Tutwiller, I have seen lots of sex but ain’t never seen anyone raped by a CIO [correctional officers],” says Monica. “I have seen a bunch of tit for tat (she laughs) but never seen nobody forced.” Monica who is serving a 20 year sentence at Tutwiller says she like many old-timers have become very familiar with the law and she has one question to ask, “If all these smart people outside have uncovered 50 cases of rape, then how come they haven’t uncovered 50 civil law suits?”

“You got to understand, most of us have been trading sex for favors all our lives, I learned my lesson at thirteen,” says Lucy, a middle-aged woman who says she has been in and out of correction facilities most of her life.  “My uncle is the one who taught me,” she said. “One Saturday, my uncle took me for a ride in his car. We went way out in the country. He had sex and I got some new high tops. That’s the way it works here too.”

Commissioner Thomas said, “This is a matter of grave concern to me.  Sexual misconduct of any kind, including custodial sexual misconduct, is not tolerated by this Department.  From the beginning of my watch, I have made it very clear to my staff that custodial sexual misconduct will not be tolerated and is an especially egregious offense to me.  We take every action possible to prevent it from happening and if it does, we undertake prompt corrective employee discipline and pursue criminal prosecution where applicable.”

One of the inmates, “Eve”, who says she is working toward a job in mental health says, “What is happening between the CIO and the inmate is consensual sex, but there is a real and inappropriate abuse of power in these exchanges.” Eve says that the ADOC has to work harder at rooting out correctional staff that commit such acts. She says there is a great need to educate woman to make better choices. “My time at Tutwiler changed me,” said Eve. “I never want to go back there and I never want to be the person I was then in their either.”

Most of the tax dollars raised by the State of Alabama are earmarked for the education trust fund. The remaining dollars go to the general fund.  In recent years the exploding costs of the expensive Alabama Medicaid program have eaten up much of the revenue that goes into the general fund, leaving little for other government functions like the prison system.  Critics of the State’s arcane “two checking accounts” budgeting system claim that it hamstrings the legislature from appropriating money to where the greatest need is.

Alabama’s prison system are the most overcrowded in the country.  Non-violent offenders have been paroled in large numbers since 2003 leaving the prisons filled with large numbers of very dangerous people.  ALDOC lacks the staffing to adequately guard the prisoners in their care and budget crises have left the system with little options.

The DOJ action opens up the possibility that a federal judge could take control of the system and force the state to both release prisoners and spend more money on the Alabama Department of Corrections.

Kelvin Colvin, 25, died Aug. 2 after being found unresponsive in his cell, the Alabama Department of Corrections said.