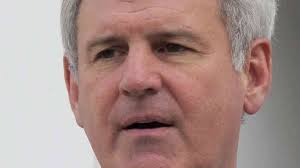 Congressman Byrne said: “What we heard in President Obama’s address tonight is an echo of more of the same failing big-government policies that have driven up the debt and slowed our recovery across the country. Now is the time for new and fresh ideas to solve our country’s problems. Sadly, President Obama missed a golden opportunity to work with Congress to implement reforms that will actually achieve results, instead striking a combative and partisan tone.”

Representative Byrne said, “President Obama said if Congress chooses not to act on his policy priorities, he will bypass the institution with a series of executive orders. This blunt admission signals that under this Administration, political convenience takes precedence over the United States Constitution. In my short time in Washington, I have been encouraged in conversations with my colleagues on both sides of the aisle at the willingness to work together to address the important issues that face this nation. I stand ready to work with the other party to address our country’s problems, but it takes a willing partner on the other side of the table. The President’s message tonight undermines that process, and ultimately the losers are the American people.”

Rep. Byrne continued, “Unfortunately, President Obama missed the point when he stressed that income inequality is hurting the middle class. What hurts the middle class more than anything is this Administration’s failure to foster economic growth and job creation, favoring heavy-handed government intervention over market forces. If the President truly wishes to improve the quality of life for middle class Americans, he will work with us to repeal and replace the burdensome healthcare law that is killing jobs, rein in overzealous Washington regulators, and pay down our ballooning debt.”

Rep. Byrne concluded, “I thank the President for his thoughts tonight, but it is clear he and I share very different views on how to rebuild our economy and put Americans back to work. I believe President Obama could learn much from Southwest Alabama. Our community continues to attract new investment and jobs like those at Airbus and Austal, bringing prosperity for all our citizens. I believe we have a bright future ahead of us, and I will continue fighting to represent our Alabama values in Washington as your Congressman.”

In 2009, when President Obama was sworn into office the country was in the throes of the biggest recession since World War II.  The President implemented a massive economic stimulus intended to jumpstart the U.S. economy while implementing financial reform with the Dodd-Frank Act and healthcare reform with the Patient Protection and Affordable Care Act.

To this point the economy has not responded as hoped.  The Great Recession ended late in 2009 but the economy has not seen robust growth.  Black unemployment is at an all time high.  Wealth inequality has actually increased.  The national debt has soared.  The number of uninsured Americans is increasing.  Most families have not seen their net worth recover to what it was prior to the recession and the recovery has been largely jobless as millions of Americans have left the job market.  Republicans are critical of the administration, while President Obama is critical of Republicans not adopting more of his legislative agenda.

Congressman Bradley Byrne represents Alabama’s First Congressional District.  The South Alabama Republican served as the head of Alabama’s Two Year College System, as a State Senator, and as a member of the Alabama School Board before his election to the Congress.