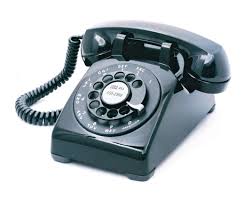 MONTGOMERY—Is Senator Jabo Waggoner looking out for the State’s Telcos by proposing a bill that would eliminate oversight of consumer complaints by Alabama’s Public Service Commission?

SB277, carried by Waggoner, would end the decades-long practice of allowing customers to register complaints about phone service with the PSC.

AT&T’s President Fred McCallum told the Senate Commerce Transportation and Utilities Committee that there was no longer a need for the PSC to handle consumer complaints, and that the company’s 800 line was more than sufficient to deal with any problems.

Interestingly, Waggoner and four of the committee members have received considerable campaign contributions from AT&T.

Waggoner, who is the bill’s sponsor, has received $3000 this year. Committee members Gerald Allen (R), Greg Reed (R), Bill Holtzclaw (R) and the one Democrat on the committee, Quinton Ross, have each received $1000.

PSC president Twinkle Cavanaugh, who spoke before the committee, said that the PSC took no position on the bill. The fact is that it would be inappropriate for Cavanaugh or any other member of the commission to voice an opinion. However, Cavanaugh did say that the PSC did receive 749 complaints against Telcos last year with 588 against AT&T. She also pointed out that the bigger number of AT&T complaints are perhaps due to the size of the companies footprint in the State.

Tim Wadsworth, a Conservative Republican running to represent House District 14, said that, “Phone company complaints are handled on Federal level by FCC and on state level by Public Service Commission. If the AT&T [backed] bill passes then there is no state agency to safeguard the consumer.”

Currently, the PSC has the responsibility to help customers with:

(2) Billing of telecommunications services not ordered by or on behalf of the customer.

(3) The establishment or disruption of telecommunications service.

Wadsworth said, “If this bill passes the only option for complaints about… service would be…the FCC in Washington.” Wadworth says he believes this will leave many consumers with anyone to hear and investigate their complaints.

SB277 was passed out of committee on a 5-0 vote, and not one of the Senators present made it publicly known during the hearing that they have taken campaign contributions from AT&T.

The two bills were passed by the Senate and were priority bills for the Alabama Innovation Commission.