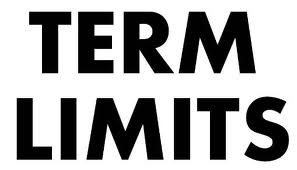 USTL President Philip Blumel wrote, “Experience shows that longer (than 8 years) limits do not deliver the full benefits of this popular reform.  While longer limits often feel ‘reasonable’ to people close to the political playpen, from the citizens’ point of view they are weak and unexciting and make it difficult to inspire the interests of activists and contributors.”

Blumel wrote, “Eight-year term limits are the most common in the United States, from the president to governors to state legislators to county commissioners to mayors. Eight-year term limits at the state and local level have proven themselves to strike the right balance between the benefits of experience and the better representation that comes with regular rotation in office.”

Blumel wrote in his letter, “Term limits are a time-tested reform that encourage competitive elections, citizen access and improved incentives for elected decision-makers.  You will find that term limits will bring fresh faces and ideas to the state legislature that better reflect the current thinking of the citizens.”  “The people of Alabama absolutely deserve a referendum on solid eight-year term limits. A transition period of four years can be an aspect of the reform, as it would allow your current legislature to make a smooth and successful transition.”
Term limits are very controversial in the political world.  Supporters argue that promoting turnover is good for the Republic and discourages professional politicians.  Opponents argue that term limits limit voters options and decreases a legislature’s institutional experience.

Senator Arthur Orr’s, SB 153, calls for state lawmakers to serve no more than three four-year terms in Montgomery.  Sen. Orr (R) from Decatur told Television Channel 19 WHNT that it is possible the total term limit could be revised from 12 to 16 years.

Sen. Orr said, “Public service should not be in one place just a perpetual career.  New blood is always good for the legislative body to bring in fresh ideas…I believe the framers of the Constitution had in mind citizen-legislators. People who would serve for a period of time during their working careers and then go home, not a career political class.”ing in Montgomery since it calls for those lawmakers to be grandfathered in.
There are numerous examples of legislators in Montgomery who have served for decades.