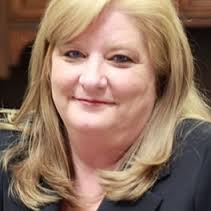 Margie Wilcox (R) will be District 104’s next state representative.  Following a hard fought primary campaign Wilcox has spent the last two and a half months building support for her candidacy throughout District 104 in Mobile County.  Her hard work paid off with a resounding victory in Tuesday’s special election.  The Republican businesswoman won over 90% of the votes cast.

Wilcox said on Facebook, “Its all over. WE WON. Thank you all soooo much. Thank you thank you THANK YOU!!!”

Alabama Republican Party Chairman Bill Armistead extended congratulations to Margie Wilcox Tuesday night after her victory.  Chairman Armistead said in a written statement, “My congratulations go out to Margie Wilcox and Mike Holmes. These special elections were originally scheduled for last Tuesday, but had to be suspended due to the horrific winter storm that swept across our state. Governor Robert Bentley declared a state of emergency and postponed the two elections until this week. I commend all candidates for their perseverance. Thank you to all those who went to the polls today, your effort is appreciated and necessary.”

Wilcox is expected to be sworn in by Speaker of the House Mike Hubbard (R) from Auburn on Wednesday.

Chairman Armistead said, “Alabama Republicans must continuously work to get out the vote and ensure that we maintain our majority in the legislature. All Alabama legislature seats will be up for reelection this year, it is important that we get out the vote and keep conservatives in the Alabama State House who will display strong leadership and will fight to keep our state on track.”

Wilcox ran an unapologetically Republican campaign.  Wilcox said, “I am a cheerleader for the conservative leadership in our state and I want to join them with a push to close those holes and keep the promise to be the most honest and transparent leadership in the history of Alabama!”

Margie Wilcox was raised in Theodore and emphasized her pro-life and pro-family positions. Margie is a charter member of St. Vincent de Paul Catholic Church. On her website Wilcox said,

No political insiders that the Alabama Political Reporter talked to thought that Carr ever had any chance in the heavily Republican South Alabama district that Romney carried by ~75% of the vote.  Wilcox’s incredible 91%+ performance far exceeded even that.

Chairman Armistead said, “Alabama Republicans must continuously work to get out the vote and ensure that we maintain our majority in the legislature. All Alabama legislature seats will be up for reelection this year, it is important that we get out the vote and keep conservatives in the Alabama State House who will display strong leadership and will fight to keep our state on track.”

The House District 104 seat became vacant following the resignation of Representative Jim Barton (R) this past August when he left to pursue a job opportunity as a professional lobbyist. Wilcox will serve the remainder of Barton’s term and will still have to face re-election in 2014 along with every other seat in the Alabama Legislature. House District 104 is located in the southern section of Mobile County and stretches from I-65 to the Mississippi line.