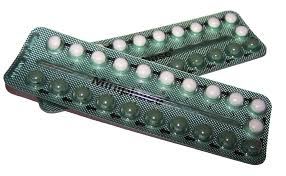 MONTGOMERY, Ala. – The American Civil Liberties Union and the ACLU of Alabama filed an amicus brief today arguing that the federal requirement that health insurance plans provide contraceptive coverage does not violate the religious exercise rights of the Mobile-based Eternal World Television Network (EWTN)—the largest religious media network in the world.

“Contraceptives are fundamental health care, and 99 percent of women will use it at one point in their life,” said Jennifer Lee, a national staff attorney at the ACLU. “While religious freedom is fundamental, EWTN is not entitled to prevent third-party health insurance companies from providing this important health care benefit to their employees.”

The ACLU’s brief argues that the federal contraception rule does not substantially burden EWTN’s religious exercise. It also argues that exempting EWTN from the rule would permit EWTN to discriminate against their women employees by denying them this important benefit.

“Not providing coverage for something as basic to women’s health as birth control is sex discrimination,” said Susan Watson, executive director of the ACLU of Alabama. “Each individual has the right to equal coverage, regardless of the religious beliefs of an employer.”

The ACLU has filed more than 50 amicus briefs in both for-profit and non-profit cases, including one in the Supreme Court in challenges brought by Hobby Lobby Stores and Conestoga Wood Specialties Corp.

ACLU of Alabama's "Statehouse-to-Prison Pipeline" report found that 53 of 139 bills that would worsen the crisis passed last session.

The Alabama State Department of Education is considering a resolution prohibiting the concept in classrooms.

The board does not have to disclose why they deny pardons, and there's no way to appeal.