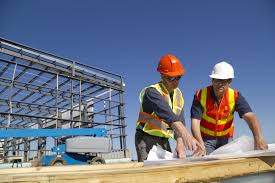 On Thursday, the Alabama House of Representatives passed HB 195 which eliminates preferential treatment in favor of unions in public construction projects.

The legislation was sponsored by Mack Butler (R) from Rainbow City.  Rep. Butler said that HB 195 would prohibit a public project from having a Project Labor Agreement that gives preferential treatment to union labor on public construction projects.

Butler said that 93% of the Alabama work force is non-union and that PLAs gives preferential treatment to the 7% of the work force that is union.  Eliminating PLAs from public project would protect that 93% of Alabama workers from discrimination.

Rep. Moore said that in her experience as a former school board member, for the city of Birmingham, building in phases often yield a higher cost over bidding out the whole project to a single construction company.  “When we started bidding projects in phases the costs got higher and higher.”  “School money is the easiest money to steal and the very people that you entrust to have some level of integrity is the ones that will be stealing every penny you got.”

Butler said that his bill will take the government out of the business of giving preferential treatment to unionized contractors and will protect 93% of workers from discrimination. Butler said that the only purpose of this bill is to make sure that checks and balances are in place.

Rep. Christopher John England (D) from Tuscaloosa said, “I spent a good bit of time yesterday reading this legislation with a couple of attorneys who do a lot of bond work and we can’t think of examples of this ever happening in Alabama.”

Butler said, “We had one in Etowah County where this did happen.”  “When you have a PLA agreement it encourages discrimination.”

Rep. Jack Williams (R) from Vestavia told Butler, “I carried this bill the last two years and I wish you success.”

Rep. James Buskey (D) from Mobile questioned the need for this legislation since Alabama is already a right to work state and asked if this would apply to private projects such as the Mercedes expansion.

Rep. Butler said, “We are not changing the right to work state.”  Butler said that this does not affect private dollars only public dollars.  Private companies would still be free to enter into PLA agreements on their projects.  Butler said that 18 states already have this.

Rep. Moore said, “I can understand you putting in more checks and balances to prevent discrimination, but I can guarantee you right now that there is no discrimination happening.”

The bill passed the legislature with bipartisan support by a margin of 74 to 18.