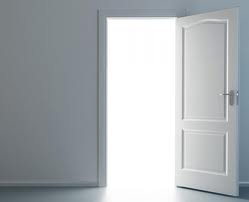 MONTGOMERY—On Wednesday, the Senate Judiciary Committee passed the Open Meetings Act SB191, out of committee. A substitute was passed, including some language that was of concern to the Alabama Press Association (APA). This bill, if passed, will reverse that rulings by the Alabama Supreme Court last year from 2012 and 2013.

“A ruling from the Supreme Court dealing with public bodies meeting with less than a quorum to reach a decision. That is the big issue for us,” said Felicia Mason, executive director of the APA.

According to the bill, the 2012 court ruling stated that the “Open Meetings Act did not apply to a series of committee or subcommittee gatherings at which discussions were conducted on matters that would later come before the full governmental body.”

The 1901 Alabama Constitution, Section 57 states that, “The doors of each house shall be opened except on such occasions as, in the opinion of the house, may require secrecy…”

“I believe that means we have to be open to the public in all of our deliberations,” said Sen. Cam Ward R-Alabaster. “The only way you can change what the constitution says about the meetings is to have a constitutional amendment.”

A 2013 Supreme Court ruling changed the requirements for filing a suit against violators saying, “…citizens do not have standing to bring suits under the Open Meetings Act if the civil penalty is paid to the state and there is no allegation of a likelihood of future violations

SB11 redefines the rules under which the doors should be open to the public, defines what meetings should fall under the open door requirement. It defines many of the terms that could be loosely interpreted as well as re-establishes that any private citizen may bring a civil action against a violation of the act. The bill points out that “serial meetings” will not be acceptable and that meetings can not take place in private before an “open meeting” is conducted.

Initially, polling of votes before a meeting was a concern of the Alabama Press Association, but those concerns were addressed by the sponsor. Ward said, “If I call you and ask if you are going to vote with me on a bill, that is not polling. If you say, ‘No,’ and I try to sway your vote, that is considered deliberation and is unacceptable.” Ward added to the bill that deliberation of any kind between members of a committee before an open meeting takes place is a violation of the law. Discussions are limited only to the background information.

At the urging of the APA, the committee added a request that committees meeting to decide on an executive position can meet in advance privately to reduce the number of applicants to three before being required to have an open meeting. Mason said, “That’s just reasonable.”

“It is a very good solid bill. We have had every association from the cities to the counties and the schools. We got them involved to make sure it is very tight,” said Ward. Ward said he hasn’t had any push back regarding the issue. He said that if anything people have said to him that they want to make sure that they know where the line is so that if they cross it, they are not in violation.

“People deserve to know how and why you are spending their money,” said Mason.

Dennis Bailey, attorney for APA, said that they are comfortable with the bill and hopes that it passes.

Ward said, “It is my top priority this session…it will be scheduled to come to the floor next week.”