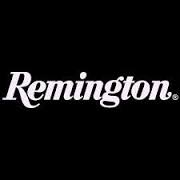 On Saturday, the Military Times reported that gun maker Remington Outdoor Co. is expected to announce that they are opening a new factory in Huntsville, Alabama.  For lawmakers in the firearm freedoms friendly state of Alabama this was welcome news.  The new 500,000 square foot facility will bring 2,000 new jobs to the booming Huntsville area.

Alabama State Senator Tom Whatley (R) announced on Facebook, “Proud to be a part of bringing Remington Arms to Alabama! Over 2,000 new jobs!  Creating a pro business environment for new jobs is what I promised to do, what we are doing, and what I will continue to do for you!”

Alabama Commissioner of Agriculture and Industries John McMillan (R) said on Facebook, “Congrats to Gov. Bentley and Commerce Secy Canfield for landing the Remington plant with its 2,000 manufacturing jobs coming to Huntsville.”

State Sen. Scott Beason (R) from Gardendale said on Facebook, “Great News for Alabama! Remington is coming to set up shop in the Huntsville area.”

State Rep. Becky Nordgren (R) from Gadsden said on Facebook, “Remington Arms is moving 2000+ jobs from New York to Alabama.”  “Alabama will treat Remington nice so many ways they will have to like it here and this will increase the trend of new businesses in our state.”

State Rep. Jim Patterson (R) said, “Great news for Huntsville &North Alabama!!!! These will be good jobs for a state that supports 2nd amendment rights!!!! Stay tune I think more good jobs are coming to a state that is open for business.”

The company has a factory in Ilion, New York where it has made firearms and history for almost 200 years since its founding in 1816.  1,300 people work at the New York plant in Herkimer County.  The story was broke by the Military Times and the Alabama Media Group.  An aide of New York Governor Coumo (D) said on Twitter than the New York facility will stay open and that no jobs are going from New York to Alabama.  The new production facility will accommodate increased demand for Remington’s products.  Remington makes hand guns, rifles, and shotguns.

The Military Times story says the expansion would not affect the gun company’s factory or jobs at the plant in Ilion, Remington’s oldest and largest manufacturing site. Remington employs about 1,300 people in the Herkimer County village.

Remington Outdoor Co. is expected to formally announce the major expansion within days.  Remington executives reportedly could sign the papers to purchase the property as soon as Monday.  The 500,000-square-foot facility that increase Remington’s manufacturing space by approximately 25 percent.

Alabama reportedly beat out 23 plants for the new facility.  Remington also has factories in Arkansas and Kentucky.

Alabama Governor Robert Bentley (R) has made recruiting new jobs, especially manufacturing jobs, to Alabama a priority of his administration.

Will Ainsworth2 days ago