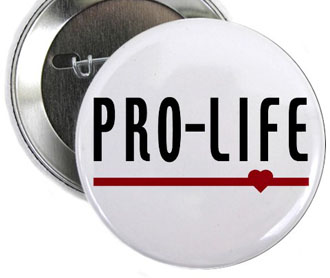 Before this session began, many in the political world had made confident predictions: 2014 would be a pretty noncontroversial year in the Alabama legislature. With primary elections just around the corner, and a general not too far behind, many in our state had been sure that GOP leadership would —at least as much as possible — try to stick to so-called “common sense conservative” agenda items.

Today, though, begins the first complete legislative week since the Alabama House of Representatives passed their final piece of priority legislation on the theme, making room for more extensive debate in areas some Alabama Republicans may just regret when it comes time for voters to go to the polls this November.

With no priority bills left to discuss, lawmakers in the lower chamber have dropped four bills that breach a topic vital to the far right GOP  base, but arguably painful to their election year public profiles in moderate districts: abortion. Especially with some lawmakers in districts made even more politically “safe” by 2010 redistricting, abortion has turned up—like it or not—to be a big issue this 2014 regular legislative session.

The first bill on the topic, HB489, increases from twenty four to forty eight hours the length of time before any abortion that doctors must provide in writing a plethora of information to the patient. Sponsored by Representative Henry and twenty nine other House cosponsors, the proposal includes required dissemination of materials such as a waiver clarifying the mother has seen or been offered a recorded ultrasound.

HB490, sponsored by Representative Mary Sue McClurkin and cosponsored by twenty six others, would make it a Class C felony for a doctor to perform an abortion without first checking for a fetal heartbeat or for the doctor to perform the abortion once a heartbeat had been found. Similar laws have been legally challenged nationwide, given the great differences in result that come from varied methods of checking for fetal heartbeat. For example, patients examined by a doctor with more advanced ultrasound equipment may be barred from receiving an abortion much earlier than her less advantaged counterparts would be.

The last abortion bill, HB494, seems to be the most wide-scoped proposal, with provisions covering many different areas. The bill first provides further barriers for minor seeking abortions, such as parental notification and consent in some cases. It also makes it a crime for a parent or guardian to coerce a minor into an abortion. In addition, it says that a guardian ad litem is to be appointed by the Alabama Department of Public Health with the purpose of arguing and advocating on the behalf of the “unborn child,” and is to be given all the privileges that would be afforded to the Attorney General in the case.

All three abortion-related bills, House Bills 489, 490, and 494, are scheduled to be discussed in a public hearing at 9am on the eighth floor of the State House tomorrow, Wednesday February 19th. Also on the docket for that public hearing is HB482, a much debated bill that would effectively change the makeup of the Birmingham Water Works board; proposed by the GOP, Democrats — especially from the Jefferson County area — are expected to not only fight back fiercely, but possibly to introduce their own controversial local bills in response.

Stay up to the minute on everything Alabama politics by liking us on Facebook at www.facebook.com/alreporter, or by following us on Twitter @alreporter