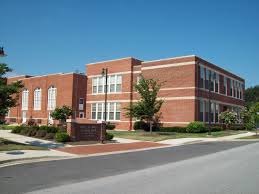 On Tuesday, the Alabama House of Representatives passed legislation which would insure all of Alabama K-12 schools so that in case of devastating loss the school could be replaced.

House Bill 362 was sponsored by Alabama State Representative Roderick “Rod” Scott.  Rep. Scott said that the bill gives the Alabama Department of Insurance the authority to sell insurance that would allow that an old school building be replaced with a new building.

Rep. Bill Poole (R) from Tuscaloosa said, “This is a good bill which will make sure that our schools will be properly insured.”

Rep. Scott said that the legislation will cost the state $1.4 million a year however when a school is lost to fire or severe weather the local school board won’t have to come back to the state legislature and ask the State to pay for the difference between the actual insured value of the school and the cost of building the new school to today’s building standards.  Rep. Scott said those additional funds will come from current property tax allocation to schools.  Scott said that this legislation will take local politics out of the process.

Scott said that currently schools are insured at their stated coverage value.  A new school has a higher insurance value than a school that was built in 1984 or 1973.  When a school is lost to disaster it has to be rebuilt to today’s standards.  This creates a gap between the check that the insurance writes for the actual value and what the school board will have to pay to contractors to replace that school.  Rep. Scott said that this legislation creates the gap coverage insurance that the Alabama Risk Management Program needs to properly insure all of the schools.  Scott said that this legislation applies to K-12 schools only.  Representative Scott said there will be an evaluation period before the next session on extending the gap and gap plus coverage to Alabama’s two year colleges.

Rep. James Buskey (D) from Mobile said that when schools were lost to disaster in Tuscaloosa, Mobile, and Enterprise the local school boards had to come to the Governor’s office and the legislature and negotiate to receive additional funding from the state.  “This gets the State out of this business.”

Rep. John Rogers (D) from Birmingham said that the State had previously passed legislation that required that the local school boards carry insurance was the first big step.  This legislation requires that the schools have gap insurance.

The House added an amendment to the bill by Representative Mary Sue McClurkin (R) from Indian Springs.

Rep. Randy Davis (R) from Daphne said that this gap coverage would not be another unfunded mandate on local school boards because the State was providing the funding for the gap coverage.  Davis worried that, “We are going to find that we still have some people in the gap.”

Rep. Scott said that the funding is coming out of the capital improvements fund, which is $174 million a year that the schools collect from property taxes.  Rep. Scott said that the State had to pay out to replace Murphy High School in Mobile and had to pay for schools in Tuscaloosa to be rebuilt.  If the State had had those schools insured at their replacement value it would have saved the state $30 million last year.

Rep. Scott said that he has talked with the Alabama School Superintendents and they completely support the bill.