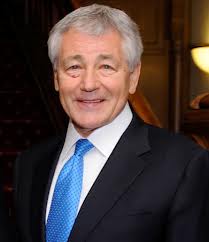 On Monday, Secretary of Defense Chuck Hagel (R) announced that President Obama’s administration was proposing massive cuts to shrink America’s military to levels not seen in almost 75 years.  Among Secretary Hagel’s new budgetary priorities is a much smaller fleet of littoral combat ships.

U.S. Representative Bradley Byrne (R) from Montrose responded to Secretary of Defense Chuck Hagel’s recommendation that the Navy cut its order of the littoral combat ship (LCS) by 20 vessels. The Independence-class LCS is built in the Port of Mobile by Austal USA, employing roughly 4,000 residents of Alabama’s First Congressional District.

Representative Byrne said: “The Littoral Combat Ship, called ‘the backbone of the future fleet’ by Secretary of the Navy Ray Mabus, is a critical component of our future fighting force as we continue adapting to changing combat necessities. This ship, built on time and within budget by Alabama workers in the Port of Mobile, is uniquely situated to fill the role of three different Navy missions integral to the Navy’s global strategy and will do so by replacing four separate vessels all approaching the end of their respective service lives. Its low cost to manufacture and low cost to operate bolster the argument for its necessity during tight budgetary times.”

Rep. Byrne continued, “The decision to cut the order of these ships could place the Navy’s procurement schedule back by a decade, further shrinking our Navy at a time when force projection remains an integral axis of the Administration’s pivot to the Asia-Pacific. Secretary Hagel’s announcement comes before any strategic review of defense capabilities and strategy has been completed and makes this drastic change in requirement seem arbitrary and capricious in nature. I will continue working with the Secretary of the Navy and my colleagues in Congress to highlight the capabilities and positive attributes of this vessel, and with our community united behind this program, we will be successful.”

Rep. Martha Roby (R) from Montgomery said, “With the drawdown of forces from Iraq and Afghanistan, along with our current budget limitations, changes to our military are no doubt necessary.  However, those changes should reflect our national defense priorities and common sense, not politics.”

Rep. Roby continued, “I have been personally engaged in discussions surrounding the Army’s planned changes. As it stands, the plan would have a positive impact on Fort Rucker and the critical training mission at the Army Aviation Center of Excellence.”

The Conservative Congresswoman said, “It is important to point out that military budget reductions would have been much more severe if Congress had not passed a budget agreement in December that restored significant funding cut by sequestration.”

The Independence-class LCS has a top speed of 44 knots, carries a crew of just 40 sailors, and can be specially configured for mine sweeping, sub hunting, operating unmanned aerial vehicles, operating helicopters, and can support Marine or Special forces operations. The cost is $704 million each, although the original navy estimate was that the LCS would cost just $220 million each.

The U.S. Navy plan called for building 55 LCSs with the first twenty being ten each of the Independence-class and Freedom-class.  That plan apparently has changed.

Rep. Roby said, “Much of what Sec. Hagel released today was expected, and I look forward to reviewing President Obama’s full budget request when it is released next month.”

The U.S. Navy had originally proposed a competition between the two competing designs with winner take all; but eventually decided to split the order between both shipyards and accepted both the Austal designed Independence class and the more conventional Freedom class.

Austal is the largest builder of aluminum ships in the world. Austal has two shipyards: one in Western Australia and one in Mobile. Started in 1988, Austal has manufactured 220 vessels to date including warships, ferries, and luxury motor yachts.