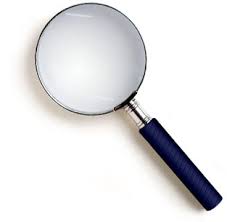 On Wednesday, February 19, House Bill 350 by sponsored by state Representative Ed Henry (R) from Decatur was passed out of the House Ways and Means for the General Fund Committee.

Representative John Knight (D) from Montgomery opposes the legislation which would take the Examiner of Public Accounts Office and move it to the Alabama State Auditor’s Office, which is where it was originally.  Knight asked the committee to table the legislation indefinitely.  That motion was seconded by Rep. Laura Hall (D) from Huntsville.

The tabling motion failed and the motion replacing the old version of HB 350 with the substitute passed.

Rep. Charles Newton (R) from Greenville proposed an amendment that the compensation for the Chief Examiner be determined by the State Personnel Department.

Rep. Henry said that the State Personnel amendment does not set the salaries they review the salaries and approve them.

The Represenative of the Personnel Department said, “With an appointed position, we review the salary, we don’t set it…we would be happy to set the salary, if that is what the Committee wants.”

There was some discussion about whether the Auditor should appoint the Deputy Examiner of Public Accounts or if that person should work completely on the merit system just for stability purposes.

Rep. Merika Coleman Evans (D) from Birmingham said, “I do want to commend Mr. Henry for coming to talk with me on this bill I still have some concerns.  Not everybody does that.”  Rep. Evans said that she wants to make sure that people already in the position receive consideration.

Rep. Henry said, “Nobody would be excluded (from consideration) because they are currently in a position.”

Rep. Lynn Greer (R) from Lauderdale County said, “It is a common practice to allow a department head to hire at least one person he or she can hire to be their right hand.  I don’t think it is wrong to have one person who is not under the merit system.”

Rep. Henry said, “Rep. Long’s amendment makes it crystal clear that the assets and the funds will all transfer.”  Henry said that he sat down with the Law Institute to get the language right.

The amendment by Rep. Wes Long (R) from Guntersville tightening up the transfer of the assets and revenue language passed.

Rep. Henry said, “I can see both sides of this argument and either one of them will work under this system.”

Rep. Knight said that if your intent is to de-politicize the Examiner of Public Account then the Deputy Examiner should be a merit system employee.

Rep. Greer said the governor appoints the finance director and they come and go with the governors.  “I don’t see this as making it political I see it as good government.”

Rep. Henry said, “It would be a shame if we let this conversation kill the legislation.  Everybody at this table has made good points.”  Rep. Henry said when things come to the floor there is always an opportunity to make changes through amendments.

Chairman Steve Clouse (R) from Ozark said, “I have served on this oversight committee for 15 years, there are some needs that need to be addressed.  There is talk the other way: that the Auditor’s office should be abolished and put into the Examiner of Public Accounts.  My reservation is the date (October 1).  I am going to support your committee today but I reserve the right to oppose it on the floor and I may come with an amendment on the floor.”

Alabama has an elected State Auditor, but the Auditor does not actually do audits. Instead, the Auditor’s office maintains an inventory of State assets, such as land, buildings, computers, vehicles, bulldozers, staplers, copying machines, desks, pencils, etc.  Actual audits of government finances in the State of Alabama are performed by the Public Examiner’s Office, which although clearly an Executive branch function, is actually operated by and answerable only to the State legislature. This very strange arrangement was not always the case. Previously, the elected independent State Auditor actually oversaw the audits, but a power-hungry State Legislature stole that power for itself in 1939, leaving the State Auditor position with its current diminished role as maintainer of the State’s inventory.

HB 350 restores the constitutional office of State Auditor to its original role under Alabama’s 1901 Constitution.

HB 350 passed out of committee with a favorable report and is waiting to be addressed by the full Alabama House of Representatives.

Last updated on May 9, 2020, at 02:37 amThe Alabama House of Representatives on Thursday passed the 2021 state General Fund budget, which funds...

Tuesday the Alabama Senate passed the 2021 state general fund budget (SGF). Despite the economic fallout from the forced economic downturn, the Senate passed...

The Alabama legislature returns to Montgomery Monday to finish the 2020 regular legislative session and work on the state General Fund and Education Trust...