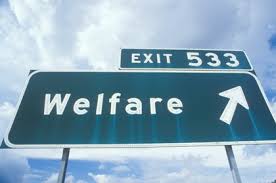 On Wednesday the Alabama Senate passed stringent new requirements for persons receiving entitlements from the State of Alabama.

During deliberations, Senator Phil Williams (R) from Rainbow City said on Facebook, “Good day brewing in the State Senate! We are working on major entitlement reform today! We just passed a bill to allow drug testing for welfare applicants, we’re about to pass a bill to require able bodied recipients of unemployment to conduct community service, and we will be tackling Medicaid fraud next. Democrats are opposing each one and attempting to filibuster but we are working through it!”

Sen. Paul Bussman (R) from Cullman said on Facebook, ‘Senate passes bill that would prohibit the Commissioner of the Department of Human Resources from requesting a waiver of federal job requirements for able-bodied  adults without dependents who are applicants or recipients of the Supplemental Nutritional Assistance Program (SNAP) and would require that the Department of Human Resources ensure that the SNAP program includes all federal work requirements for able-bodied adults without dependents.

Sen. Tom Whatley (R) from Lee County said, “Today in the Senate we passed some Common Sense Reform Bills designed to restore some checks and balances to our welfare system and give a hand up not just a hand out. Working to protect your tax dollars.”

Democrats were critical of the bills and said that they were designed to attack the poor of Alabama.

Critics of the vast welfare state that has grown up out of President Lyndon Johnson’s “Great Society” claim that making assistance too easy to get only traps a vast underclass of Americans in poverty generation after generation.

The Heritage Foundation’s Robert Rector wrote, “The war on poverty has been a catastrophe. The root “causes” of poverty have not shrunk but expanded as family structure disintegrated and labor-force participation among men dropped. A large segment of the population is now less capable of self-sufficiency than when the war on poverty began.  The collapse of marriage in low-income communities has played a substantial role in the declining capacity for self-support. In 1963, 6% of American children were born out of wedlock. Today the number stands at 41%. As benefits swelled, welfare increasingly served as a substitute for a bread-winning husband in the home.”

The legislation now moves on to the Alabama House of Representatives.