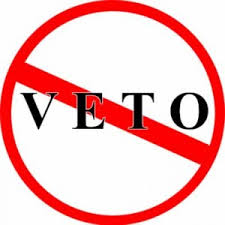 On Wednesday, Alabama Governor Robert Bentley (R) publicly announced that if the legislature passes an Education Trust Fund (ETF) budget that does not raise the pay of Alabama teachers then he will veto that budget.

Governor Bentley said, “The Education Budget I presented is good and balanced. I’m asking the Legislature to pass my 2% pay raise for teachers and support personnel, and fully fund PEEHIP to the level requested by the PEEHIP board.”

Gov. Bentley warned, “If the Legislature doesn’t include that in the ETF, I will send that budget back with an Executive Amendment.  Our teachers work hard and deserve this pay raise.”

Historically, in a growing, healthy economy, inflation is two to three percent and state government revenues increase as wages increase and people pay higher state income taxes as a result (Alabama has a 5% state income tax).  They also spend more so the state collects more in sales taxes.  A working population drives more so gas tax revenue increases.  From World War II to 2008 property values increased at ~7% a year and a growing population meant more and more homes being built so property tax revenues increased over time.  When revenue is growing at a 4-8% pace, teachers and state employees received annual raises, the state cut its teacher to pupil ratios, staffs increased, government programs, boards, commissions, and offices increased.

The administration of Gov. Bob Riley (R) and the then Democrat legislative majorities were able to operate anyway as if nothing was happening by tapping the state’s reserves and accepting $hundreds of millions in stimulus dollars from the administration of President Barack H. Obama.

Governor Bentley entered office in January 2010 and immediately had to prorate the wildly optimistic fiscal year 2010 budget that he had inherited.  The 2011 and 2012 budgets that the Republican super majorities and Bentley wrote dramatically downsized state government.  Programs were cut, consolidated, and downsized.  Teachers and state employees got no pay raises and actually saw their take home decrease as they were forced to pay more towards their retirement.  Even with that reform and two good years of investment performance the Retirement Systems of Alabama (RSA) need more dollars from the state to meet its obligations.

In the fiscal year 2014 budget, the teachers and education support personnel were able to get a 2% cost of living adjustment.  Non-education state employees and state retirees have not received a COLA in several years.  Declining state appropriations has meant that Alabama Colleges and Universities have drastically increased their tuitions since 2008. The controversial Patient Protection and Affordable Care Act of 2010 (Obamacare) combined with more state retirees as Americans live longer means that the state faces a massive shortfall in the PEEHIP program that provides healthcare benefits for teachers, education support personnel, and education retirees.

The education budget (ETF) is in much better shape than the General Fund Budget where the cost of Medicaid, due to an older and poorer state population combined with healthcare inflation is eating up an ever increasing percentage of the fund.  Funding PEEHIP and a pay raise however will likely mean cutting other programs in the ETF.

The Alabama Constitution makes a Governor’s veto very easy for the legislature to override, but this is an election year and state legislatures and governors normally like to give pay raises in election years.