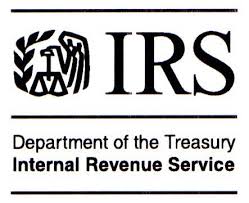 MONTGOMERY—On Wednesday, the 990s filed with the IRS from the Alabama House Republican Conference, Inc., were made public by the Center for Public Integrity revealing the foundation’s donors. The Center’s story focuses on the report showing that the AHRC received a $5,000 from the AEA in 2012-—included 16 donors representing the elite in Alabama political lobbying.

As a 501(c)(4), the foundation is not required to release donor information. It seems that Rachel Adams, the Speaker’s communications director, may have been confused and sent too much information.

Upon further investigation by the Alabama Political Reporter, the document reveals something much more interesting and certainly more damaging: an obvious violation of IRS code.

Line 25 states that the total expenses for 2012 were $140,754 making $51,083 represent a whopping 36 percent of those expenses. Although, Schedule O (see doc) contains no such listing or a reference to an attached document containing the required information. The last item listed is Part VI, Section C, Item 19.

This appears to be a violation of tax reporting requirements and certainly would call for a review by the agency.

Since the formation of the 501(c)(4), questions have surrounded the group’s use of funds to foster a political propaganda machine. There have been several highly-placed political operatives who have speculated that portions of this money were used to pay for so-called “dog whistle” or propaganda websites.

This new development may only add to the other financial problems facing Speaker Mike Hubbard.