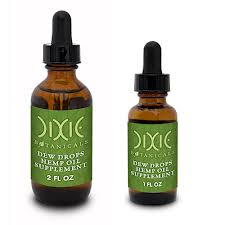 On Tuesday, the Alabama Senate passed in a 34 to 0 legislation allowing medication made from cannabidoil extracted from the Marijuana plant to be prescribed as treatment for children with severe disabilities.

“Carly’s Law” was sponsored by Senator Paul Sanford (R) from Huntsville. The bill has been vigorously promoted by Dustin Chandler, a police officer and the father of Carly Chandler who appears to benefit greatly from the CBD oil treatments, which is used to control seizures.  The original version of the bill was substituted for a bill that allowed doctors at UAB to monitor and study the medical benefits and potential side effects of the treatment.  The study is funded with a $ one million appropriation from the education trust fund.

Rep. Farley (R) from McCalla wrote in his column, “I learned that Speaker Hubbard had been making some telephone phone calls behind the scenes. He had called on some friends to help develop a proposal that would put even more weight behind Carly’s Law. Speaker Hubbard then began working with contacts at the University of Alabama at Birmingham to gauge their interest in beginning a research program on cannabidiol, CBD oil. They were very interested!”

Farley continued, “Late last Thursday afternoon, as Muriel and I were making our drive back to McCalla, the Speaker of the Alabama House of Representatives sent me a text message:

“Talked to UAB this afternoon. They are in!!! Good to go! Mike. (Now that’s a real leader.)  The connection Speaker Hubbard made with UAB is tremendous. It means that the impact of Carly’s Law will be even more powerful in Alabama. Where families previously had to seek out the CBD oil in other states to help their children, now, the oil that has the potential to save Children’s lives will be available through a program at UAB. The progress of Carly and others like her will be monitored by a board certified pediatric neurologist. (God is good!).”

Many people that are afflicted with cancer or HIV use marijuana as an appetite stimulant and the plant is often smoked as a pain reliever for a myriad of ailments,  This legislation does not address any of those issues and is far from a legalization of medical marijuana.

Rep. Farley wrote, “Carly’s Law isn’t talking about saving a race of people, but it is talking about saving the lives of hundreds, and possibly thousands, of Alabama children. Children, whose parents have tried all the medications currently legally available in our state, but, are still having to helplessly hold their children as they have multiple seizures each day. Some of these children are having so many seizures that their doctors have told their parents that the very next seizure may kill them.”

“Carly’s Law” still has to pass the Alabama House of Representatives, though with the support of the Speaker it is almost certain to be placed on the calendar and a path toward passage.  The substitute addressed just about every concern that has been raised about the legislation, so the Alabama Political Reporter is not aware of any opposition at this time.