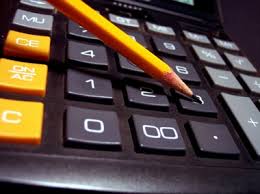 Last Thursday, the House passed HB350 a bill designed to ensure that audits of public accounts will be used as political weapons for generations to come.

In 2013, the leadership of the Republican Supermajority tried to pass the consolidation bill SB122, that would have, among other things, placed the Department of the Examiners of Public Accounts under the authority of a 20-person junta to be known as the Legislative Council.

The bill sponsored by Sen. Jimmy Holley (R-Elba) was another example of the Republican leadership’s grab for power and total control.

One: to bring the entire State’s legislative operations under the control of select groups of handpicked legislators, who would serve at the whim of the Speaker of the House Mike Hubbard and the Senate President Pro Tem Del Marsh.

Two: was to control what audits would be performed by the Office of the Public Examiners.

This move was opposed by Governor Robert Bentley and the bill failed the smell test with a few conservative legislators objecting.

After the 2013 plan to place the Examiner’s office under the 20-person junta controlled by Hubbard and Marsh failed, a new plan was hatched. This time they would place the Examiner of Public Accounts under the State Auditor, avoiding the appearance of completely politicizing the office.

Henry’s HB350 would strip the autonomy of the Examiner’s Office and place it under the politically-controlled Office of the State Auditor, a relic of the past and now virtually a ceremonial position.

Placing the quasi-independent office of the Examiner under the State Auditor’s was a more palatable arrangement, because it had once been a part of that office. However, placing the Examiner of Public Accounts under the office of a publicly-elected official still runs the risk of turning the office into a political weapon against any rival or political opposition; which, of course, was their intention from the beginning.

In an ironic twist of fate, it was the Chief Examiner who gave the Republican Leadership the weapon they needed to destroy the autonomy of his office.

Last year, Chief Examiner Ron Jones promoted the assistant examiner giving her the highest salary allowed for the job, $240,000 a year. This gave Henry the knife with which to execute the coup de gras on the Examiner’s Office.

In a public meeting before the 2014 session, Henry created a spectacle using the event as opportunity to chastise Jones. This high profile spanking created a false case for taking control of the office under the guise of cost savings, and an out of control bureaucracy.

This highly publicized hearing by Henry was a ruse to trick not only the public, but the legislators into believing that his legislation to control the examiners was actually in the public’s interest.

These slight-of-hand maneuvers have become a specialty of the Republican Supermajority who rely on public ignorance and media complicity to control the legislative agenda in a manner favorable to themselves and their high placed donors.

It has been pointed out many times that the function of the office Examiner of Public Accounts is to audit the books for the State, its 67 counties and the three Boards of Education.

They are the watchdogs over taxpayer funds once in the hands of the State and on many occasions it is the work of the Examiner’s Office that has led to the prosecution of crimes by state office holders.

One of the vital responsibilities of the office is to find misuse of taxpayer funds within the State, counties and boards of education.

In fact, the office was established in the 1880s as a result of the misdeeds of State Treasurer, Isaac “Honest Ike” Vincent. It seems that “Honest Ike” who was State Treasurer at the time, made off with $200,000 in state funds— that would be around $5 million in today’s dollars. Thus, the State Legislature thought it would be prudent to have an independent organization auditing of the books.

Now, the Republican leadership in the House and Senate wants to place this highly sensitive office under the control of a purely political post.

This stands as a further example of legislators doing what is best for their party while ignoring what is wise for the rule of law for the State.