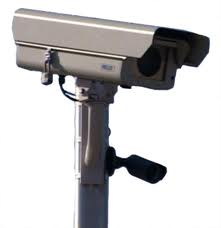 On Wednesday, March 19, the Jefferson County House Delegation met to consider a request from the City of Midfield to supplement speeding enforcement by installing traffic cameras.

The local bill, H.B. 567, was sponsored by State Representative Merika Coleman Evans (D) from Midfield.  Rep. Evans said last year I was contacted by the city of Midfield.  City officials came together and asked for permission from the legislature to install traffic cameras because they would be helpful for speeding enforcement.

The City is serious about speeding in the city and this will help with enforcement.  Midfield only has two police cars on patrol per shift.  The penalties would be no more than $100.  The city has already had a town hall meeting.

There will be a notification and appeals process.

Rep. Coleman said that they have had lengthy discussions about the traffic cameras.  This is not new and traditionally this is used in heavily populated places.  There is documentation that these cameras will lead to speed reduction in cities.

Rep. Oliver Robinson (D) from Birmingham introduced an amendment of HB 567 that would protect rental cars companies.  Tickets would go to the person responsible and not to the rental car company.  Rep. Coleman Evans agreed to accept the amendment.

Rep. Coleman Evans said that these are not red light cameras.  Most of them would be in school zones.  Typically around the schools the speed limit is 25 mph during school opening and school closing time.  If you go over 12 miles over that speed limit the cameras will clock you and you will get a ticket in the mail.

Rep. Mary Sue McClurkin (R) from Indian Springs asked why this had to come to the legislature.

Rep. Coleman Evans said, “The cities do not have the authority to do this themselves.”  “When you enter the city there will be sign saying there is traffic camera enforcement.”

Coleman Evans said, “This will really help the city of Midfield because they do not have the manpower.”

Rep. Allan Farley (R) from McCalla said, “I understand about Midfield and traffic enforcement.”  “Was there an estimate of how much the city of Midfield will profit?”

Rep. Coleman Evans replied, “I do not know.”

Rep. Farley said, “I am assuming this is a money maker.  In law enforcement that scares me.”

Rep. Mary Moore (D) from Birmingham said, “I think we have done this for some other small cities.”

Rep. Dickie Drake (R) from Leeds said, “I am against any cameras.”

Rep. Allan Treadway (R) said, “The $100 is in additional to court costs.”  “What company are they contracting with?”

Rep. Coleman Evans said, “The court costs are only if you go to court.”

The committee voted not to approve the controversial measure largely on party lines.