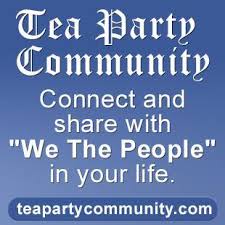 The Founder of Tea Party Community.com, Tim Selaty said that TPC was honored to endorse Mr. Vigneulle for this House race. Selaty said that Tom Vigneulle’s success as a business owner, his devotion to both God and our nation and his stances on most major issues made him the perfect choice. Selaty said, “It is also the fact that he is not part of the problem but would certainly be part of the solution.”

Selaty said, “It is career politicians that have given us a $17 Trillion debt, a disastrous health-care law known as Obama-Care and so many more of our problems. Tom knows how to balance a check book, meet a payroll and run a business. I have every confidence in the world that he will take that real world practical knowledge to Capitol Hill and try his very best to turn this nation around before it is too late.  If America is to be restored and returned to the people, it is citizens like Tom that can get the job done. If I were an Alabama 6th District resident, I would be honored and proud to cast my vote for Tom Vigneulle.”

Tom Vigneulle told the Alabama Republican Assembly on Saturday, March 29, “I am asking for your vote.  I am the small business candidate in this race.” “We need businessmen in Washington in DC who will follow their budget.”  Vigneulle said that the federal government borrowed $10 billion to fight World War I and have not paid one penny of that back.”  Vigneule said that his company, Royal Bedding Manufacturing in Pelham, is debt free.  “I own a Farm in Wilsonville and it is debt free.  The cattle on that farm are debt free.”  “We don’t need to pass any more rules and laws.  We need to get rid of a lot of them.

Vigneulle said, “Obama promised Hope and Change. He hasn’t delivered. His failed economic policies have crushed the entrepreneurial spirit. More Alabamians are losing their jobs.”  “It’s time for a businessman who will work faithfully to restore the promises found in the Constitution. Together we can restore America.”

Tom Vigneulle is running for the Republican nomination for Alabama’s Sixth District.  The seat is currently being represented by U.S. Rep. Spencer Bachus (R) from Vestavia.  Congressman Bachus is retiring after 11 terms in the U.S. House of Representatives.

The winner of the June 3rd Republican Primary will face Democrat Avery Vise in the November general election.  Longtime incumbent Spencer Bachus (R) from Vestavia is not seeking another term.