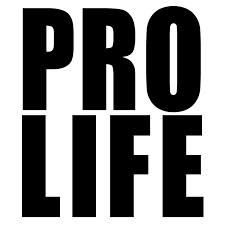 On Tuesday, April 2 the Alabama Senate Health Committee, chaired by Senator Greg Reed (R) from Jasper, held a public hearing on a package of bills related to abortion.

Predictably, Pro-Life advocates and abortion advocates were both on hand to state their cases for and against the proposed legislation.  The Senate Health Committee gave favorable reports to HB 490, HB 493, and HB 494.

“Let’s be clear: these bills reflect an extreme and out-of-touch personal agenda on the part of politicians who are driving them.  They seek to delay or even prevent a woman from receiving medical care, putting her health and life at risk.  It’s time our elected officials stand up for the women of Alabama and stop playing politics with women’s lives.”

“Planned Parenthood will continue to fight these harmful restrictions with everything we’ve got—in the state house and the courthouse. This very week, politicians in Alabama are considering further dangerous restrictions on abortion, including a patently unconstitutional bill that could ban abortion as early as six weeks. It’s clear that this law is part of the same dangerous agenda to end access to safe and constitutionally protected medical care in Alabama.”

Cheryl Ciamarra with Alabamians United for Life said that HB 494 will,

“…reduce statutory rape and coverup of sexual abuse of minors tomorrow in Alabama…a very reasonable measure to insure Minor girls (under 18) have actual parental involvement when making an irreversible abortion decision by passage of HB 494.”

Rep. Jones sponsored HB 494 which strengthens the requirement that minors must have consent before they can have an abortion in the state of Alabama.  Rep. Jones said that his legislation would require that the parent actually bring the minor in for an abortion rather than the miner simply show up at a clinic with a signed consent form.  It also requires that the parent provide proof that they are actually the parent, such as the birth certificate.

Rep. Jones said, “This is so the 40 year old boyfriend doesn’t claim to be the parent of the 16 year old girlfriend.”

Ciamarra said in a written statement,

“Planned Parenthood of Southeast located in Birmingham Alabama has repeatedly disregarded Alabama Parental notification and consent laws as evidenced by its repeated violation records that can be viewed at the AL Dept. of Public Health website…This dirty little secret of covering up statutory rape of minor girls has been exposed by live Action, where Lila Rose posing as a 14 year old with a 31 year old boyfriend recorded their director saying the Planned Parenthood center can bend the rules (inferring her parents would never know she was pregnant or terminated the life of their grandchild). This is illegal activity in Alabama, which has pushed the State Legislature to request these forms to be signed in the presence of the parent and the abortion provider.”

Rep. Mary Sue McClurkin (R) from Indian Springs is the sponsor of the Heartbeat bill, HB490, which bans performing abortions when a fetal heartbeat can be detected.

The executive director of the ACLU of Alabama, Susan Watson, said of the passage of the abortion bills in the State House of Representatives,  “Although the fetal heartbeat bill is the most controversial, it should be noted that all of the bills present grave consequences to women.”

Director Watson said, “All of these bills are another attempt by politicians to own a woman’s body. Reproductive health choices should only be made by the woman, her doctor, her family and her faith—not by the opinions and faiths of unqualified elected officials.  They’re not in the exam room and each woman’s story is different.”

Meg Tillman from Huntsville spoke in opposition to the bill.  She said that a heartbeat is not a right to personhood.  She said that she was concerned that if this bill is passed doctors who perform abortion would leave the State of Alabama.

Opponents of the legislation said that with the right equipment a fetal heart beat can be detected as early as six weeks.  The critics claimed that this bill would effectively abolish all abortions in Alabama.  They also were concerned that the requirement that abortion clinics store the information would be too harsh a burden on the clinic operators.

Rep. Kurt Wallace (R) from Maplesville is the sponsor of the Perinatal Hospice bill, HB493.  It would provide compassionate option information to families for severe fetal anomalies through providing perinatal hospice services.

Rosalyn McDermott from Huntsville said, “All four of these bills are attempts to limit women’s rights to an abortion and there will be challenges like there was to last year’s bill.”

Longtime Pro-Life advocate Cheryl Ciamarra (R) told the Alabama Political Reporter, “The ACLU was opposed to every one of those bills. Why would they be opposed to giving women more information?”  Mrs. Ciamarra is running for state representative in Alabama House District 43 where incumbent Rep. Mary Sue McClurkin is retiring.

The Health Committee also gave a favorable report to HB 291 sponsored by Rep. Jim McClendon from Springville, dealing with Palliative Care and Quality of Life.  HB 291 creates a state Advisory Council on Palliative Care appointed by the State Health Officer.  Palliative care focuses on relieving and preventing the suffering of patients. Unlike hospice care, palliative medicine covers all disease stages, including those receiving treatment for curable illnesses, those living with chronic diseases, and patients nearing the end of their life.