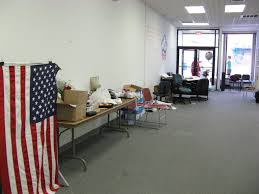 On Saturday, April 5 over 120 friends, family, and supporters of Republican Will Brooke gathered in Vestavia Hills to open his campaign headquarters on heavily traveled Highway 31.  Brook is running for Alabama’s Sixth Congressional District.

Brooke said that there are problems in this nation but the ideas expressed in the Constitution and the Declaration of Independence gives us a road map to the country that we are expected to have.   We are a free people and it is not the place of the government to tell us how we must live our lives.  We can expect good things from our government but we have to take a firm hand in it.

The first is that Congress can pass no law that affects it differently than the American people.

Second Brooke said that he will propose term limits: 10 years for members of the U.S. House of Representatives and 12 years for the U.S. Senate.   People should not go to Congress to get rich.  Brooke said that we have all heard stories of people that went to Congress with less than $295 and left years later worth $26 million.  “That is not what it is supposed to be.”  His third bill will be that members of Congress should not be able to come back and lobby in Washington DC.

Brooke said, “I think we are the frontrunner right now.”  Brooke said that, “The campaign staff have done a brilliant job.”  “I am very thankful for them.”  Brooke said that young people have shown up, agreed with the things he is trying to do, and went to work for the campaign, which is incredibly important.

If elected he will work on making America better.

Second he promised to work on economic development in this district.

The winner of the June 3rd Republican Primary will face Democrat Avery Vise in the November general election.

The Sixth Congressional District is currently represented by Spencer Bachus (R) from Vestavia.  Congressman Bachus is not running for re-election.  The Alabama Republican Party honored Representative Bachus for his 22 years of service to the party and the state in the U.S. House of Representatives at their annual Winter Dinner in February. Spencer Bachus defeated Democrat Ben Erdreich in 1992 after Jefferson County was divided into two different Congressional Districts: the 7th being majority Black and the Sixth being majority White.

Brooke is an attorney and successful businessman who has held several positions with the Harbert Corporation including CFO.  Will Brooke said on his website, “As a businessman, I know job one in Washington is to cut Federal spending and get our financial house in order. A good first step is replacing the planned economy disaster called Obamacare with a market based solution to our healthcare need.”