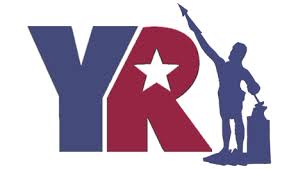 The monthly meeting of the Greater Birmingham Young Republican (GBYR) will be held in Thursday, April 10 from 6:00 to 7:30 pm at Pale Eddie’s Pour House in downtown Birmingham.

This month’s guest speakers will be the Republican candidates from Alabama House District 47 where incumbent Rep. Jack Williams (R) from Vestavia is facing a primary challenge from David Wheeler (R).

The cost of dues for the group are $25 for individuals and $35 for married couples.

David Wheeler is a former Chairman of the Jefferson County Republican Party and is retired from Alabama Power.  Wheeler lives in Vestavia Hills and studied at the University of Montevallo.  On his website, Wheeler said, “We need to work toward tax reform. I will never support raising new taxes on the hardworking families of Alabama. I believe government should live within its means. We need one budget instead of a general fund and education fund. And I favor un-earmarking of funds so the legislators have greater flexibility in tough budget years.”

Representative Williams is chairman of the House Commerce and Small Business Committee, he also chairs the ADECA Oversight Committee and Co-Chairs the Alabama Sports Agents Commission.

Rep. Williams has two sons, Regan and Jordan and is a member of Fullness Christian Fellowship and the Monday Morning Quarterback Club.

The Chair of the GBYR is Jackie Curtiss.  Ms. Curtiss was a delegate to the 2012 Republican Convention and served on the GOP’s platform committee. Curtiss is a past state committeewoman for the GBYR and has served on the group’s finance committee.  Curtiss was Vice President of the Sons and Daughters of Liberty while a student at Montevallo and has been an active volunteer in numerous campaigns across the state.

Clayton Mark Turner is the Vice Chairman and the Chairman of the Alabama Young Republicans.