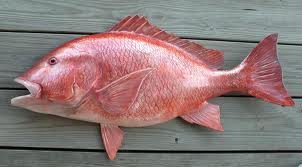 Recreational fishing is a big business on the Alabama Gulf Coast.  It drives hotel business, charter boat excursions, boat sales, fishing equipment sales, and provides residents with both sport and food.  But if you want to go fishing for red snapper and keep the fish during the next year the federal government will only allow you to do that during 11 of the next 365 days.  This issue has angered fishermen and businessmen alike.

Congressman Bradly Byrne (R) from Montrose said: “The day the federal government places the well-being of fish over people, we know we have truly lost our way. An 11-day Red Snapper season will be devastating to our local fishermen and the communities dependent on this important industry for tourism and economic activity. This move highlights the fact that our regulatory system has become broken beyond repair, with the court finding underscoring the fact that the framework is falling apart at the seams.”

Rep. Byrne said, “I have lost all faith in the federal government’s ability to carry out its regulatory responsibilities for Red Snapper in a fair and balanced way. It’s become clear that the federal government must be cut out of this process if we are to achieve any kind of workable solution. Using my position on the Natural Resources Committee, I am working with committee leadership and staff to find a solution that will return regulatory power back to state authorities that are able to incorporate common sense and on-the-ground experience into this process, since the federal government clearly cannot. I’ll keep fighting to ensure this gross mistake is not allowed to take root in the long term.”

Over decades Congress has ceded more and more of its regulatory authority to executive agencies that make rules and enforce rules on Americans with little effective congressional oversight.

This will be the shortest red snapper season in history.  Last year the season was just 14 days.  In December the season was set at 40 days.  Commercial snapper fishermen sued saying that recreational fishermen have exceeded their allowed number of fish in recent years and should be punished.  51% of the red snapper allowed to be harvested by the federal government are reserved for the commercial fishers.  Recreational fisherman are allowed to take just 49% of the harvest.  An unelected federal judge agreed that recreational fisherman had exceeded their allowed harvest and ruled that the season should be shortened.  The committee assigned to the task of complying with the order decided to shorten last year’s season from 14 to just 11 days.

The full Gulf of Mexico Fishery Management Council is expected to vote on the measure today, Thursday.