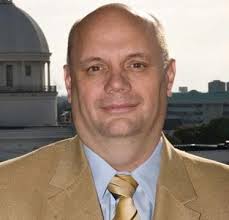 According to a statement released on Tuesday, April 8, Alabama Power rates have been flat since January 2012.  The release cites industry resources showing that investor-owned electric utilities in the Southeast have increased power bills by more than $2.7 billion since January 2012.  The Alabama Public Service Commission has worked with Alabama Power to hold rates flat while consumers continue to recover from the economic recession.

Commissioner Jeremy Oden (R) said, “The Alabama Public Service Commission (PSC) has faced tremendous pressure to increase utility rates but has been able to hold the line.  Equitable and economical electricity rates play an important role in the recruitment of new and expanding jobs in Alabama.  Maintaining affordable rates and continued job growth are key elements which support Alabama families.  I am proud that we have kept rates flat despite these pressures.”

Oden blames the out of control Obama Environmental Protection Agency (EPA) for leading to higher utility rates around the Southeast.  Commissioner Oden said,

“The well-funded liberal environmentalists from around the nation have made Alabama ground zero in their opposition to using coal as an electrical fuel source.  They are pushing a radical agenda that will kill Alabama jobs and increase our power bills.  That is why we have drawn a line in the sand and fought to insure that we control Alabama’s energy policies, not the extremists in Washington, DC.”

Commissioner Oden said that Alabama is in the bulls-eye of the national environmental groups who would like nothing more than to control Alabama’s energy policy, a move which he says would lead to substantial rate increases for electricity customers.

Oden said that these groups have put a lot of misinformation out there in an attempt to paint a negative picture of Alabama utility rates.  Oden said however that a comparison of rate cases among investor owned utilities in Southeastern states shows that Alabama Power is the only that has held rates flat since 2012.

Commissioner Oden said, “When Governor Bentley appointed me to the PSC I told him that I would work to keep utility rates affordable, rather than “skyrocket” as previously admitted by President Obama.  The avoidance of rate increases during my tenure is a step in the right direction, but l will continue to fight for equitable and economical rates as we continue to wage war against the Obama Administration and their liberal allies.”

Coal is one of the most efficient sources of electricity.  Environmental extremists groups however advocate shutting down America’s coal burning power plants and replacing them with far less efficient wind farms and solar panels because of concerns about CO2 emissions possibly affecting the weather someday.

Commissioner Jeremy Oden is running in the June 3 Republican Primary where he faces challenger Kathy Peterson.