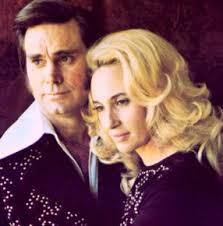 In a recent rash of public statements, the wives of some Alabama politicians have begun the arduous task of standing by their men in the run up to the June primaries and the November general elections.

Susan Hubbard, wife of Speaker of the Alabama House Mike Hubbard, has been at the forefront of the Wynette-style all out defense of her husband.

Earlier this month, Susan Hubbard began her stand for her man by logging on to his social media account without his knowledge.

“Mike doesn’t know that I have logged in to his account, but I just wanted to take a moment to say how proud I am to call him my husband,” Susan Hubbard wrote.

“He is a wonderful father to our two sons and the same person at home as he is in Montgomery. I know the special interests will attack my husband for taking away their power in Montgomery. They can attack. They can try to slander his good name. But Mike will never stop doing what is right.”

In addition, a direct mail piece was sent to Auburn residents by Hubbard’s campaign, featuring “an important message from the person who knows Mike best, his wife, Susan.”

The mailer included not only all of the same language Susan Hubbard had posted on Facebook, but also went even further.

Another Alabama wife, that of House GOP candidate Joshua Pipkin, has taken to social media in her stand with her husband, in this case not against “liberal special interest groups,” but against her husband’s opponent, Representative Barry Moore, and Speaker of the House Hubbard himself.

In the comment section of a story about Moore published by APR, responding to comments made by Moore, Katie Frey Pipkin expresses her views clearly, going straight for the gut: allegations that Moore and Hubbard threatened to kill jobs over her husband’s candidacy, and talk of the Lee County grand jury.

“You and Mike Hubbard had been a part of the Lee County grand jury investigation long before Josh decided to run. Your actions were being monitored by the AG’s office. Josh was contacted and informed that threats were going to be made by you and Mike Hubbard. He was advised to allow the attorney general’s office access to these conversations. He has done nothing but cooperate with the attorney general. He would love to comment now but he can’t because of Grand Jury Secrecy Laws. You know every bit of this to be true and hired a defense attorney the second the AG played the conversation for you. I am proud of Josh for having the fortitude to stand up to the corruption in Montgomery. You should be ashamed of yourself.”

“When you went to Montgomery, we believed you would change things, not become a part of the problem. This is exactly why good men don’t get into politics.”

Those familiar with Alabama politics will remember another famous Alabama political wife in recent history, one who gained a national spotlight. Heather McGill, wife of Republican State Senator Shadrack McGill, went public on her Facebook with a threat to make public nude images that women had been sending her husband if they did not stop coming. The post, as she accurately predicts, did go viral:

“Attention Facebook: This is Heather McGill (senator McGill’s wife) for anyone that does not know that. This may go viral and if so my prayer is that it strengthens marriages and families across this district, our state, and our country! I am very blessed to be the wife of a God fearing, hard working, ministry minded, loving father and husband and it is not just my right but my duty to lovingly serve him by protecting him! I have been silent for long enough!! NO MORE! Multiple times since being in office he has gotten emails from women (who may not even be real) inviting him to explore, also sending pictures of themselves. NO MORE!!! It is a shame that people are so heartless that they would try to split up families. We have children that look at our face books from time to time! Shame on you! You know who you are. Next time everyone will know who you are!! For I will publicly share your name before we ‘unfriend’ you. I love my husband and my children too much to sit here and allow this to go on and will not give the enemy anymore foothold into my family! This is the “behind the scenes” garbage that political life brings. I will not turn a blind eye to it any longer! I remember years ago my Pastors wife standing before the congregation preaching to the young women about their dress which had gotten out of hand and she boldly stood before them and spoke the truth. I boldly stand before you today and declare that I will stand beside my husband, support him, love him, and protect him at ALL cost!!!! Those of you who know who you are consider yourself warned! Those of you who understand my heart, thank you for listening and may God bless your families!”