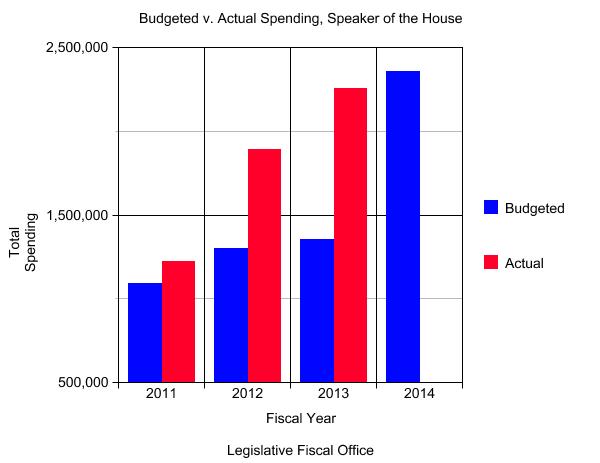 Speaker of the House Mike Hubbard has declined an automatic pay raise scheduled for this year that would amount to around $66 a month. The budget increase for his office, however, will well make up for the difference, with the Speaker’s appropriation increasing by $83,434 a month.

Pursuant to a controversial legislator pay raise passed in 2007, lawmakers have the ability to receive cost of living increases every fiscal year. Given these increases, a current Alabama legislator makes just under $57,000. The income of an average Alabamian household is about $14,000 less than that, at around $43,000 annually. Legislators can also only meet for official business thirty legislative days, making the daily pay for their part time job about $1,900.

Speaker Hubbard, who has been seriously implicated in an ongoing public corruption investigation by the Attorney General’s Office, has declined the $66 a month raise, doing so – as all legislators must – by notifying the Clerk by letter. Despite this meager “loss,” the Speaker’s official budget has increased this year by $1,000,000.

According to official budget reports from the Legislative Fiscal Office, under the leadership of the Auburn native, the Office of the Speaker of the Alabama House of Representatives has spent more money every year since his election, more than doubling on average from the previous quadrennium under Democratic Speaker Seth Hammett.

In addition, since his Storming of the State House in November 2010, Speaker Mike Hubbard has not only been budgeted more money annually, he has broken his budget by at least six figures every year, with his office spending over $900,000 more than allotted in both 2012 and 2013.

The pay increase available to Hubbard and other lawmakers would have been around $792 annually, about $66 a month, a sum which the Speaker has declined.

While Speaker Hubbard did decline the raise, a majority of legislators in his chamber accepted it. In the House of Representatives, 66 lawmakers accepted the increase and 38 declined. In the Senate the majority refused the pay increase, with 21 declining and 14 accepting the $66 a month.

Some legislators who declined the automatic pay raise have criticized those who accepted it, citing the legislature’s failure to give teachers or state employees 2% raises that had been requested by Governor Bentley.

One of those critics is Senator Bryan Taylor, R-Prattville, who successfully sponsored legislation that will base lawmaker pay on the median Alabama income mentioned earlier, a little over $40,000.

“I think it’s ridiculous that the legislators took automatic COLA increases while telling state employees and teachers that they couldn’t have a raise,” the Senator said.

Below is a list of those who declined the pay raise. All others will automatically receive it.