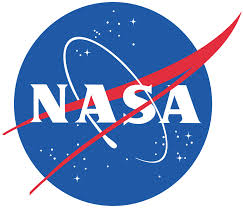 For centuries, man has known that there were other planets besides our own.  All of us remember reciting Mercury, Venus, Mars, Jupiter, Saturn, Uranus, Neptune, and Pluto (now, not considered big enough to be a full-fledged planet) from our elementary school days.  But they were all in our solar system.  Astronomers knew there were very likely other planets circling the billions of other stars but could not prove that until relatively recently.

Eventually astronomers learned how to identify planets orbiting distant stars by watching for the planet to pass between the earth and their star.  That helped us to identify the really big planets: gas giants like Jupiter and Saturn.  Astronomers knew there were very likely other smaller planets like Earth, Venus, and Mars but couldn’t prove it.  That is why NASA built the Kepler Telescope: to give America’s space agency unprecedented power to identify plants around other stars.  Since then Kepler has discovered new planets at a dizzying pace.

The latest of these is Kepler-186f.  Kepler-186f resides in the Kepler-186 system about 500 light-years from Earth in the constellation Cygnus. The system is also home to four inner planets, seen lined up in orbit around a host star that is half the size and mass of the sun.

Kepler-186F is unique because it is the first Earth-size planet orbiting a star in the “habitable zone” — the range of distance from a star where liquid water might pool on the surface of an orbiting planet. The discovery of Kepler-186f confirms that planets the size of Earth do actually exist in the habitable zone of stars other than our sun.

Other planets have previously been found in the habitable zone, they are all at least 40 percent larger in size than Earth.  Many of these are gas giants and not likely to support life as we understand it.  Theoretically, bigger planets often have greater gravity than we experience on earth due to the planet’s greater mass.  Kepler-186f is more reminiscent of Earth.

Research Scientist Elisa Quintana said, “We know of just one planet where life exists — Earth. When we search for life outside our solar system we focus on finding planets with characteristics that mimic that of Earth.  Finding a habitable zone planet comparable to Earth in size is a major step forward.”

NASA has also identified four other planets in the Kepler-186 system, about 500 light-years from Earth in the constellation Cygnus. The system is also home to four companion planets, which orbit a star half the size and mass of our sun.  Kepler 186b, c, d, and e are much too close to their star and thus too hot to support life as we understand it.  The star is classified as an M dwarf, or red dwarf, a class of stars that makes up 70 percent of the stars in the Milky Way galaxy.

Ms. Quintana said, “M dwarfs are the most numerous stars.  The first signs of other life in the galaxy may well come from planets orbiting an M dwarf.”

A year for Kepler-186f is just 130-days and because Kepler-186F receives one-third the energy from its star that Earth gets from the sun it is likely nearer the outer edge of the habitable zone.  The brightness of its star at high noon is only as bright as our sun appears to us about an hour before sunset.

Thomas Barclay who co-authored the paper with Quintana said, “Being in the habitable zone does not mean we know this planet is habitable. The temperature on the planet is strongly dependent on what kind of atmosphere the planet has.  Kepler-186f can be thought of as an Earth-cousin rather than an Earth-twin. It has many properties that resemble Earth.”

Our solar system actually has three planets in the habitable zone: Earth which supports a massive variety of life; Venus which is so volcanically active that soot belched out by the planets core have filled the atmosphere with dense clouds leading to a massive green house effect that has made the surface of the planet too hot to support life; and Mars which once was volcanically active but has since cooled down to the point that its inner core doesn’t generate enough gravity to keep its atmosphere thus water which once may have pooled on the surface has been lost to space.

It is not known at this time whether Kepler-186f can or does support life or liquid water.

NASA is continuing the search for true Earth twins.